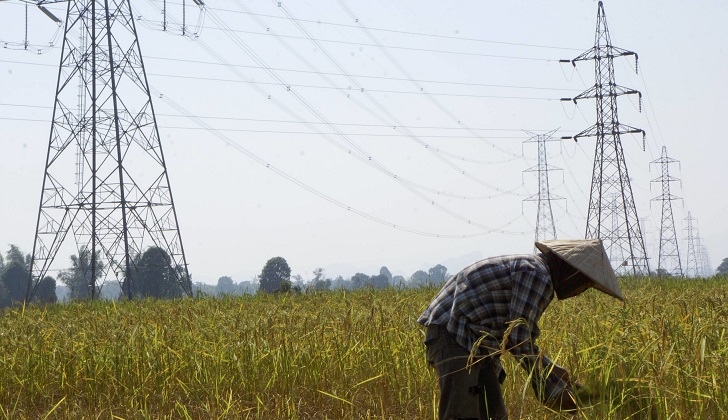 The latest to fall prey to China’s debt-trap diplomacy is Laos, which recently signed a 25-year concession agreement allowing a majority Chinese-owned company to control its national power grid. | REUTERS

American statesman John Adams, who served as U.S. president from 1797 to 1801, famously said, “There are two ways to conquer and enslave a country: One is by the sword; the other is by debt.” China, choosing the second path, has embraced colonial-era practices and rapidly emerged as the world’s biggest official creditor.

With its international loans surpassing more than 5% of the global GDP, China has now eclipsed traditional lenders, including the World Bank, the International Monetary Fund and all the creditor nations of the Organization for Economic Cooperation and Development (OECD) put together. By extending huge loans with strings attached to financially vulnerable states, it has not only boosted its leverage over them but also ensnared some in sovereignty-eroding debt traps.

The latest to fall prey to China’s debt-trap diplomacy is small Laos, which recently signed a 25-year concession agreement allowing a majority Chinese-owned company to control its national power grid, including electricity exports to neighboring countries. This shows that, despite the China-originating COVID-19 pandemic, Beijing continues to weaponize debt as part of its strategy to expand its economic, political and military presence abroad.

Instead of first evaluating a borrower country’s creditworthiness, including whether new loans could saddle it with an onerous debt crisis, China is happy to lend, because the heavier the debt burden on the borrower, the greater China’s own leverage becomes.

A new international study has shed light on China’s muscular and exploitative lending practices by examining 100 of its loan contracts with 24 countries, many of which participate in its Belt and Road Initiative (BRI), an imperial project that seeks to make real the mythical Middle Kingdom. The study found that these agreements incorporate provisions that go beyond standard international lending contracts, thus arming China with considerable leverage.

In fact, such is the lopsided nature of the Chinese-dictated contracts that, while curtailing the options of the borrowing nations, they give China’s state-owned banks untrammeled discretion over any borrower, including the power to scrap loans or even demand full repayment ahead of schedule, according to the study by researchers at AidData at William & Mary, the Center for Global Development, the Kiel Institute for the World Economy and the Peterson Institute for International Economics.

“Such terms give lenders an opening to project policy influence over the sovereign borrower, and effectively limit the borrower’s policy space to cancel a Chinese loan or to issue new environmental regulations. Some of the debt contracts in our sample could pose a challenge for multilateral cooperation in debt or financial crises, since so many of their terms run directly counter to recent multilateral commitments, long-established practices and institutional policies,” the study noted.

China leverages its state-sponsored loans to developing countries to aggressively advance its trade and geopolitical interests, with the study reporting pervasive links between Chinese financial, trade and construction contracts with other countries. Many Chinese loans, in fact, have not been publicly disclosed, thus spawning a “hidden debt” problem.

Every contract since 2014 has incorporated a sweeping confidentiality clause that compels the borrowing country to keep confidential its terms or even the loan’s existence. Such China-enforced opacity, as the study points out, breaches the principle that public debt should be public and not hidden from taxpayers so that governments can be held accountable.

Forcing the other side to keep contractual provisions under wraps is also necessitated by the fact that China’s loan accords equip it with “broad latitude to cancel loans or accelerate repayment if it disagrees with a borrower’s policies,” whether domestic or foreign policy, according to the study.

No less significant is another unique clause: The contracts, the study found, obligate the borrower to exclude the Chinese debt from any multilateral restructuring process, such as the Paris Club of official bilateral creditors, and from any “comparable debt treatment.” This is aimed at ensuring that the borrowing country remains dependent on Beijing, including for any debt relief in the event of financial distress, like in the current pandemic.

The study confirms that little of what China provides is aid or low-interest lending. Instead, its infrastructure financing comes mainly in the form of market-rate loans like those from private capital markets. The more dire the borrower’s financial situation, the higher the interest rate China is likely to charge for lending money.

In stark contrast, interest rates for Japan’s infrastructure loans to developing countries, for example, mostly run below half a percent.

Worse still, many of China’s loan agreements incorporate collateral arrangements, such as lender-controlled revenue accounts. Its collateralization practices seek to secure debt repayments by revenues flowing from, for example, commodity exports. Through various contract clauses, a commercially aggressive China, according to the study, limits the borrowing state’s crisis management options while leveraging its own role.

The study did not examine how borrowing states, when unable to repay Chinese loans, are compelled, including through contract provisions allowing debt-for-equity swaps, to cede strategic assets to China. Water-rich Laos handed China majority control of its national electric grid after its state-owned electricity company’s debt spiraled to 26% of national GDP. The transfer also holds implications for national water resources as hydropower makes up more than four-fifths of Laos’s total electricity generation.

One of the earliest successes of China’s debt-trap diplomacy was in securing 1,158 square kilometers of strategic Pamir Mountains territory from the Central Asian nation of Tajikistan in 2011 in exchange for debt forgiveness. Tajikistan’s unending debt crisis has also forced it to grant Chinese companies rights to mine gold, silver and other mineral ores. As the Chinese military base in the Badakhshan region underscores, China has further consolidated its foothold in Tajikistan, thanks to a corrupt power elite there.

A more famous example is the Sri Lankan transfer of the Hambantota Port, along with more than 6,000 hectares of land around it, to Beijing on a 99-year lease — a concept that, ironically, emerged from the flurry of European colonial expansion in China in the 19th century. The transfer of the Indian Ocean region’s most strategically located port in late 2017 was seen in Sri Lanka as the equivalent of a heavily indebted farmer giving away his daughter to the cruel money lender.

China’s debt-trap diplomacy has not spared Pakistan, which ranks as its sole strategic ally following the withering of Beijing’s special relationship with North Korea, once its vassal. Saddled with huge Chinese debt, Pakistan has given China exclusive rights, coupled with a tax holiday, to run Gwadar Port for the next four decades. China will pocket 91% of the port’s revenues. It also plans to build near the port a Djibouti-style outpost for its navy.

In small island nations, China has converted big loans into acquisition of entire islets through exclusive development rights. China took over a couple of islets in the Indian Ocean archipelago of the Maldives and one island in the South Pacific nation of the Solomon Islands. The European Union, meanwhile, last month refused to bail out the tiny Balkan republic of Montenegro for mortgaging itself to China.

BRI, Chinese President Xi Jinping’s signature initiative, has been plagued by allegations of corruption and malpractice, and many of its completed projects have proved not financially viable. But, as an unclassified U.S. intelligence report released on April 13 said, Xi’s regime will continue to promote BRI, while fine-tuning it in response to regional and international criticism.

After all, BRI is central to its debt-trap diplomacy. China often begins as an economic partner of a small, financially weak country and then gradually enlarges its footprint in that state to become its economic master.