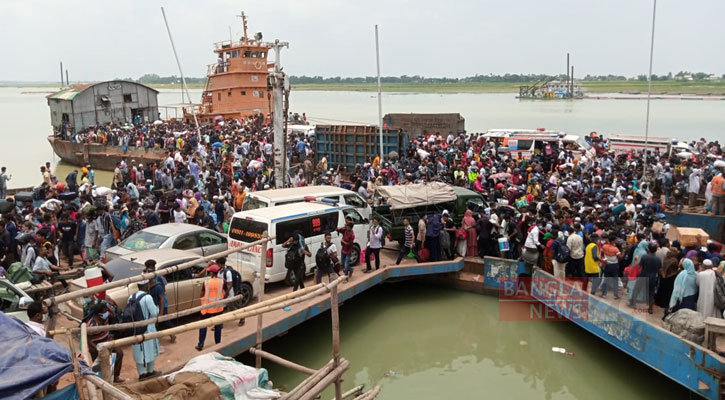 Five people were killed and at least 50 others injured in a stampede while getting off from the ferry and heatstroke on the Shimulia-Banglabazar route in Madaripur.

He said five people died due to passenger pressure and heatstroke just before the two ferries leaving from Shimulia Ghat anchored at Banglabazar Ghat.

According to ghat sources, the ‘Ro-Ro Ferry Shah-Paran’ with passengers from Shimulia Ghat arrives at Ferry Ghat No. 3 in Banglabazar at 11:30 am. A teenager named Anisur Matubbar died while the passengers were rushing while getting off the ferry. Besides, about 25 people were injured.

Meanwhile, four more people died due to heatstroke in ‘Enayetpuri Ferry’ due to excessive heat. Among them are two men and two women.