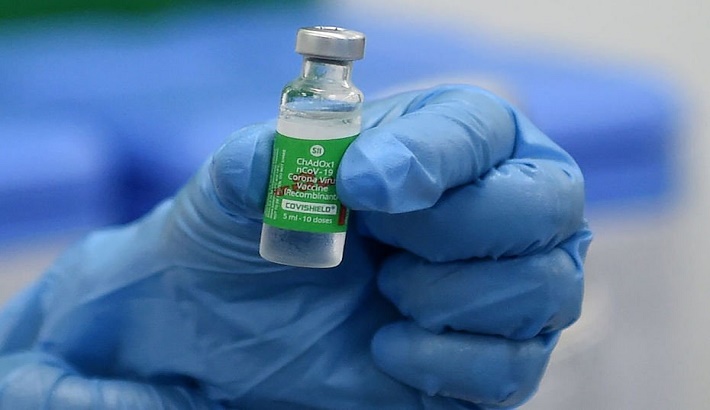 The government will run the second dose of coronavirus vaccination with Oxford-AstraZeneca vaccine until the stock remains as there is a shortage of 17-18 lakh doses to complete the vaccination with the same jab.

“We will run the second dose vaccination with the Oxford-AstraZeneca vaccine until the stock lasts,” Prof Dr ABM Khurshid Alam, Director General of Directorate General of Health Services (DGHS) told the Daily Sun on Tuesday.

Mentioning that the government is already trying to collect the Oxford-AsatraZeneca vaccine from different countries including the US, UK, Denmark and Australia to fill up the shortage of the vaccine, he expressed hope that they will get the vaccine soon.

According to the Directorate General of Health Services (DGHS), the second dose of the vaccination programme will continue across the country as usual except holidays.

Talking to the Daily Sun, several vaccine recipients from the capital said though they got messages from the vaccine centres, they didn’t get the vaccine shot on the due date due to ‘shortage of vaccine’ as explained by the authorities.

“For example, in a day we have sent SMS to 500 vaccine recipients but we got only 400 vaccines from the DGHS. Then how we can give the vaccine to all of the recipients?” said an official of Sheikh Russel Gastroliver Institute & Hospital, Mohakhali.

The DGHS on May 6 stopped the registration process due to the vaccine crisis.

According to the DGHS, a total of 72,48,829 people registered for the coronavirus vaccine until 5:30 pm on May 5. The registration process started on January 27 after the formal inauguration of the National Vaccination Programme by Prime Minister Sheikh Hasina.

It said 58,19,811 people received the first dose of the Oxford-AstraZeneca (Covishield) vaccine. Administering the first dose was stopped on April 26 due to vaccine shortage.

“Administering the second dose will continue except holidays,” Dr Md Robed Amin, spokesperson for the DGHS, told the Daily Sun.

According to the DGHS, it has already given 94,13423 vaccine doses (first and second) while 8,86577 vaccine shots are now in stock to administer the second dose.

The nationwide inoculation began on February 7.

The DGHS sources said it may halt the nationwide coronavirus vaccination programme from June after finishing the stock of the Oxford-AstraZeneca vaccine if the new shipment doesn’t arrive by the time and will complete the second dose of the vaccination after getting the rest of the jab.

An aircraft of the Bangladesh Air Force went to China on Tuesday morning to bring five lakh doses of Sinopharm Covid-19 vaccine.

"We have made a special request to China, so they laid out a plan for the vaccine delivery starting from June/July instead of December," he added.