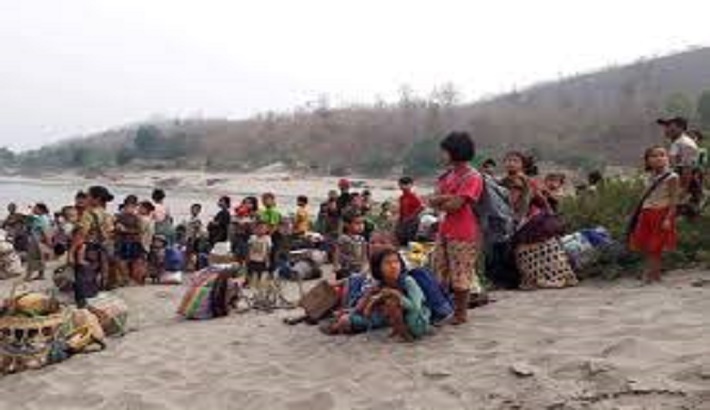 The Government of Thailand should protect refugees from Myanmar from being forcibly returned and establish protection mechanisms in line with international human rights law, Fortify Rights said Wednesday.

In line with this order, a Thai provincial official confirmed to Fortify Rights that Thai authorities this week returned to Myanmar at least 2,000 refugees fleeing violence in Myanmar’s Karen State.

“The Thai government should be preparing to protect refugees rather than prevent border crossings,” said Amy Smith, Executive Director at Fortify Rights.

According to meeting minutes of the Thai Center for COVID-19 Situation Administration (CCSA), dated March 19, Prime Minister Prayut Chan-o-cha instructed the Ministry of Interior, CCSA, and other concerned agencies to “monitor and prevent illegal immigration” along the Thailand-Myanmar border and instructed the Immigration Bureau to “enforce strict inspection of border crossings.”

The government has also deployed Royal Thai Army troops and patrol boats to “monitor illegal entry along the western borders both by land and sea,” according to the meeting minutes.

The Thai Government does not recognize refugees and considers undocumented or unauthorized entry or stay in Thailand as “illegal immigration.”

A Thai government official speaking on the condition of anonymity told Fortify Rights that the Ministry of Defense is responsible for coordinating the government’s response to refugees from Myanmar.

Among those responsible for this coordination is the Naresuan Force of the Royal Thai Army. The Naresuan Force is a special unit designated to protect the borders of Tak and Mae Hong Son provinces by “interception, retaliation and pushing back foreign forces deemed to violate Thai sovereignty.”

The Naresuan Force held more than 2,100 refugees in makeshift shelters in Mae Sariang District of Mae Hong Son Province after they crossed into Thailand last week to flee attacks in Myanmar. Less than 100 remain in Thailand as of May 11, according to a Thai provincial official.

Civil society actors in Karen State told Fortify Rights that Thai authorities also forced back to Myanmar most of the 5,000 refugees who crossed into Thailand in March and April.

The official also confirmed that the army continues to restrict humanitarian organizations and U.N. agencies, including the U.N. High Commissioner for Refugees (UNHCR), from accessing groups of newly arriving refugees from Myanmar, citing security and COVID-19 health concerns.

“Ensuring protections for refugees is first and foremost a humanitarian issue that demands an appropriate response from the Thai authorities to prevent the loss of life,” said Amy Smith.

“Public health concerns due to the COVID-19 pandemic and national security can be addressed and managed through proper screening mechanisms. Rather than restrict and sideline U.N. and humanitarian organizations who are ready to assist, Thai authorities should draw on their technical expertise and resources to facilitate a coordinated response.”

According to the Thai government’s meeting minutes, the prime minister called for “effort” to be made to “prepare an area to host the influx of migrants into Thailand, quarantine facilities and field hospitals.” However, the Thai authorities have yet to announce the construction of facilities for refugees or that refugees will be provided access to quarantine or medical facilities.

At the time of writing, Thai authorities have yet to approve UNHCR operations to assist new refugees from Myanmar.