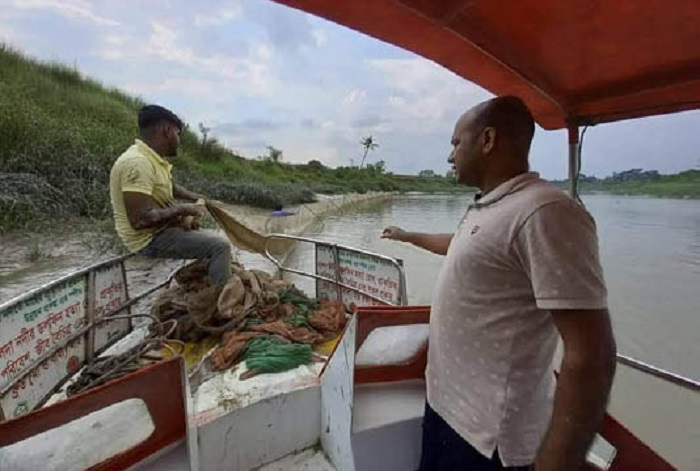 Hathazari upazila administration seized on Tuesday around 2500 metres of illegal fishing net laid in the Halda River this morning by poachers to net brood fish ahead of spawning.

Hathazari Upazila administration launched the drive from 5 am to 9:30 am to protect the mother fish of Bangabandhu Fisheries Heritage Halda River, the only natural breeding ground for Rui, Katla, Mrigel and Kalibaush fish in the country.

Ruhul Amin told BSS that mother fish egg laying season is going on in Halda river inApril and May.

The mother fish has started roaming in Halda to lay eggs and poachers are also active for catching mother fish, he added.

Ruhul Amin said that they seized 2,500 metres of fishing net from various spots of the river this morning and destroyed it.

“We are conducting regular operations to protect the only natural fish breeding ground for carp in Bangladesh and the mother fish of Bangabandhu Fisheries Heritage Halda River,” he said.