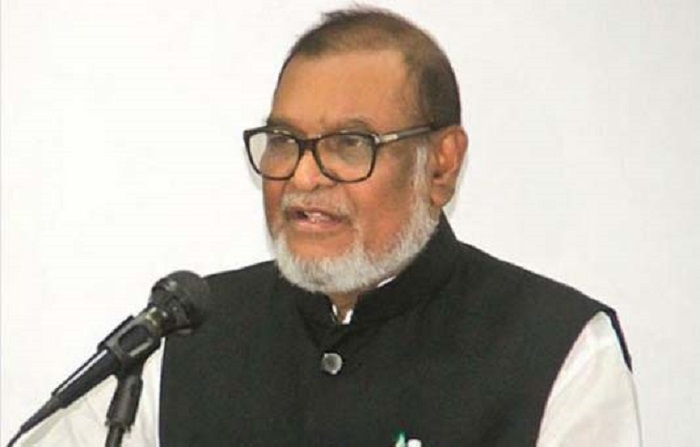 Liberation War Affairs Minister AKM Mozammel Haque today said felling of trees in the city’s Suhrawardy Udyan will remain suspended for now and the next steps to this end would be taken in consultation with environmentalists and other stakeholders concerned.

He came up with the remark at a press briefing on the ongoing the third phase construction of Swadhinata Stambha at Suhrawardy Udyan at the conference room of his ministry.

The minister said it was supposed to cut down 100 trees of the historic Suhrawardy Udyan as part of implementation of a mega plan to preserve the history of Bangalees struggle of freedom for the next generation and about 50 trees have already been felled.

However, he said, all the historical places of Suhrawardy Udyan related to the Liberation War and independence struggle will be preserved with due dignity.

“Suhrawardy Udyan is one of the birthplaces of Bangladesh’s independence,” he added.

He said Father of the Nation Bangabandhu Sheikh Mujibur Rahman was unanimously conferred the ‘Bangabandhu’ title on February 23, 1969 at a mammoth gathering on this ground.

After the independence of the country, Mozammel said, Bangabandhu was released from Pakistan’s prison and returned to independent Bangladesh on January 10 in 1972 and he was given a huge public reception at this park.