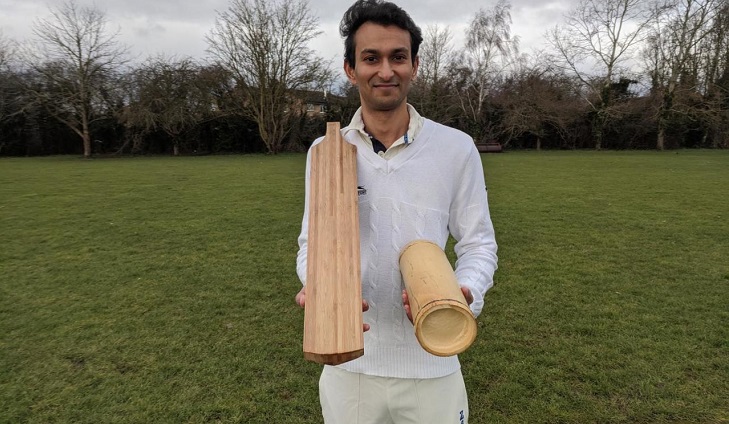 Marylebone Cricket Club said Monday it would discuss research that suggests cricket bats made from bamboo could provide a cheaper alternative to the traditional willow.

The Cambridge University study said its prototype bamboo bat was cheaper to produce, more sustainable and stronger than willow blades and could grow the game worldwide.

The article, published in the Journal of Sports Engineering and Technology on Sunday, also found the laminated bamboo bat possessed a larger sweet spot, making it "a batsman's dream".

However, the London-based MCC -- the conservative custodian of cricket's laws -- must approve any change to the material used to make bats from wood, with bamboo a type of grass.

Even if the rules were altered to allow bamboo to be classed as a wood, the laws would still need to be altered as they currently ban lamination of the blade, except in junior bats.

Willow trees take 15 years to mature enough to produce cricket bats, whereas bamboo only requires five to six years and abounds in China, South America and southeast Asia as well as cricket-obsessed India.

Bamboo bats could increase participation in lower-income countries thanks to lower production costs and make cricket much more sustainable without compromising quality, the study claimed.

MCC responded sympathetically to that point, saying in a statement that "sustainability is a relevant topic", with the study providing a "pertinent angle for further research".

MCC added the topic of bamboo bats would be discussed at its next laws sub-committee meeting.

Earlier, study co-author Ben Tinkler-Davies said: "Whether you're playing or spectating, you wouldn't notice much of a difference.

"Because laminated bamboo is so strong, we're very confident we can make a bamboo bat light enough, even for today's fast-scoring, short forms of the game."

The study found that bamboo is 22 percent stiffer than willow and that its sweet spot performed 19 percent better.

The prototype bat's sweet spot -- the point where the ball is hit most effectively -- is larger than a traditional bat's and located closer to the toe.

That allows it to transfer more energy to the ball, the researchers said.

Bamboo bats would be "a batsman's dream", according to co-author Darshil Shah, who played cricket for Thailand at youth level.

"The sweet spot on a bamboo bat makes it much easier to hit a four off a yorker for starters, but it's exciting for all kinds of strokes," he added.

Bamboo's higher density means that the bat's shape would have to be redesigned to make a lighter product before batsmen can blast bowlers with their new weapon.

Cricketers have long experimented with different types of bat, from the length of the handle to thickness of the blade and weight, to try to gain a competitive edge.

In 1979, Australia's Dennis Lillee caused controversy by using an aluminium bat, which was then banned.

Cricket's current laws -- brought in after the Lillee incident -- state bats must be made of wood.

Shah, however, said: "Playing with a bamboo bat would be within the spirit of the game because it's a plant-based material. Cane, a type of grass, is already used in the handle.

"Tradition is important but think about how much cricket bats, pads, gloves and helmets have already evolved.

"If we can go back to having thinner blades but made from bamboo, while improving performance, outreach and sustainability, then why not?"