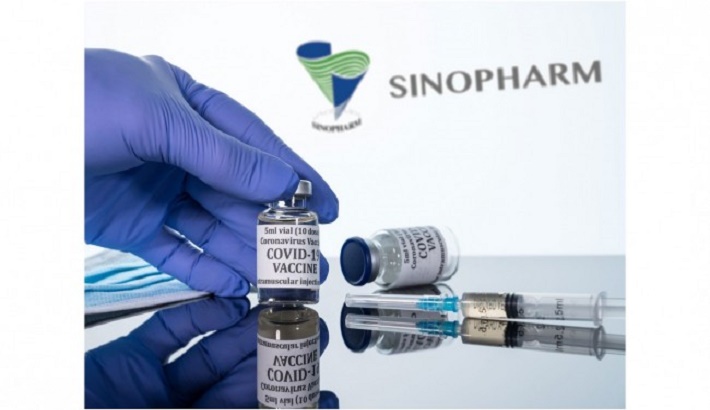 China on Monday officially announced that 0.5 million doses of its Sinopharm Covid-19 vaccine will arrive in Dhaka on Wednesday as a “special gift” from Beijing.

“It’s a concrete step in honouring President Xi Jinping’s pledge of making Covid-19 vaccines a global public good, a solid action taken by both sides towards building a community with a shared future for mankind, and a powerful measure to implement the consensus reached in the Videoconference of Foreign Ministers of China, Afghanistan, Bangladesh, Nepal, Pakistan and Sri Lanka on Covid-19,” said an official statement of the Chinese government.

On May 8, the World Health Organization (WHO) listed Sinopharm Covid-19 vaccine for emergency use, which is considered as a significant step towards bringing the pandemic to an end.

Chinese Ambassador in Dhaka Li Jiming on Monday confirmed the arrival of the vaccine manufactured by Beijing Bio-Institute of Biological Products Co Ltd, a subsidiary of China National Biotec Group, tomorrow as a "special gift".

"It's the latest outcome of China-Bangladesh anti-pandemic cooperation which again shows that our two peoples are in the same boat and we’ll stand with each other till the end of this battle," he said during a virtual interaction with the members of Diplomatic Correspondents Association, Bangladesh (DCAB).

DCAB President Pantho Rahaman and General Secretary AKM Moinuddin also spoke at the event. "China is dedicated to international vaccine cooperation," Li Jiming said, adding that Sinopharm vaccine has already been recognised and used in over 50 countries and regions globally for quite some time.

"This is a new vote of confidence in China's vaccines cast by the world. The Bangladeshi government also gave emergency use authorisation to the vaccine a week prior to the WHO's clearance, which I believe is a far-sighted decision. It shows the faith put in China by Bangladesh, and it will surely mean a lot to our future cooperation," he said.

According to clinical statistics provided by Sinopharm and the WHO evaluation, the efficacy of the vaccine is estimated to reach 79 per cent, all age groups combined. Its easy storage requirement make it highly suitable for low-resources settings.

It is recommended for adults aged 18 and older, and WHO did not indicate any upper age limit for use as data suggests that the vaccine is likely to have a protective effect in elder persons.

"It’s also the first vaccine carrying a vial monitor, a small sticker on the vaccine vials that changes colour with the exposure to heat, thus warning health professionals if any doses go bad," the Chinese ambassador said.

He said China proposed providing the vaccine doses as a gift on February 3 and the government of Bangladesh took three months to approve it. “There’s a high demand for Chinese vaccines and it’ll take time to get vaccines through commercial purchase,” he added.

The envoy said Bangladesh proposed getting Chinese vaccines through commercial purchase on April 30 and it could have got those much earlier had the decision been taken timely.

He laid emphasis on quick and effective decisions by the government of Bangladesh on issues like vaccines.