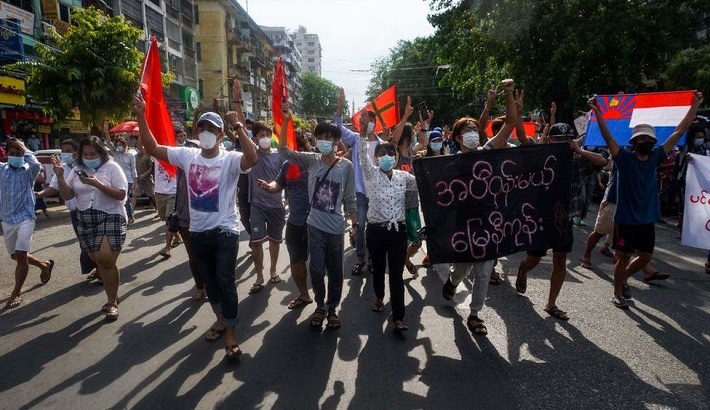 Three journalists and two activists who fled from Myanmar are on trial in Thailand on charges of illegally entering the country.

If found guilty they are likely to be deported back to Myanmar, where they say their lives would be in danger.

Since the military coup on 1 February, dozens of journalists have been arrested and charged in Myanmar.

More than 700 people have been killed by security forces and thousands have been detained.

There have since been multiple reports of detainees being tortured while in custody, with some dying from their injuries.

The group of five, who have yet to be named by Thai authorities, were detained by police in the city of Chiang Mai on Sunday.

They are three journalists from well-known broadcaster Democratic Voice of Burma (DVB), and two activists.

Charged with illegal entry into Thailand, they could face immediate deportation if found guilty.