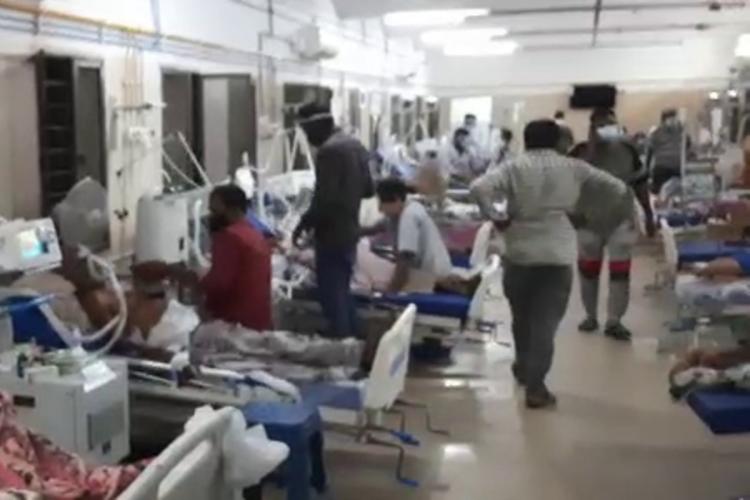 Chittoor district collector M Harinarayanan said there was disruption in supply of oxygen for about 5-10 minutes due to a delay in arrival of an oxygen tanker from Sriperumbudur in Tamil Nadu to the SVRR hospital.

“Soon after the arrival of the tanker at the hospital, the oxygen supply was restored, but by that time, 11 persons undergoing treatment for Covid-19 died of asphyxiation. We could prevent further loss of lives due to timely restoration of oxygen supply,” the collector said.

Nearly 1,000 patients are undergoing treatment at the hospital and the disruption of oxygen supply led to loss of severe respiratory distress for several patients. The doctors could save the lives of some patients by cardio-pulmonary resuscitation (CPR) and also by pressing oxygen compressors into service.

Angry attendants of the patients who died went on a rampage soon after, vandalising the hospital and forcing doctors and nursing staff to run for safety.

Senior district officials rushed to the hospital to bring the situation under control.

Andhra Pradesh chief minister Y S Jagan Mohan Reddy expressed shock and grief over the tragedy in SVRR Hospital in Tirupati. He expressed condolences to the families of the victims.

Telugu Desam Party president and former chief minister N Chandrababu Naidu also expressed shock over the incident and demanded stringent action against the officials responsible for the tragic deaths. Naidu also lashed out at the Jagan government, insisting that he did not show interest in ensuring sufficient infrastructure in the hospitals.