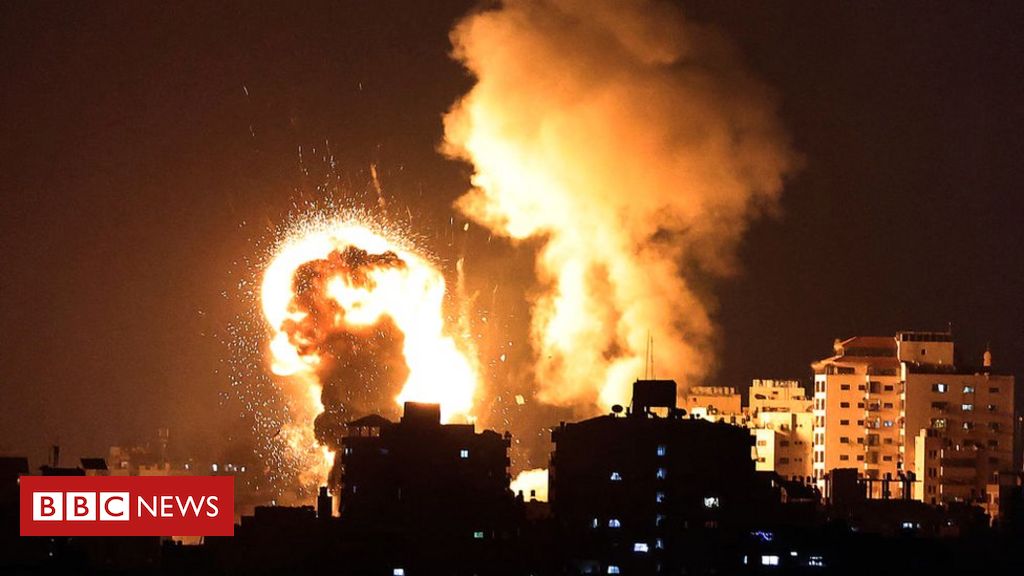 Countries worldwide have appealed for calm after days of unrest spiralled into retaliatory attacks by Israel and Palestinians.

The US, the European Union and the UK have urged Israel and the Palestinians to lower tensions as soon as possible.

The violence escalated on Monday night after Palestinian militants fired rockets toward Jerusalem.

In response, the Israeli military launched air strikes against militant targets in the Gaza Strip.

Palestinian health officials in Gaza said 20 people, including children, had died in the strikes. Israel's military said at least three members of the Hamas group that rules Gaza were among those killed.

Hamas had threatened to strike after hundreds of Palestinians were injured in clashes with Israeli police at a holy site in Jerusalem on Monday.

Israel's Prime Minister Benjamin Netanyahu said Hamas had "crossed a red line" and that Israel would respond "with great force".

The past few days have seen the worst violence in Jerusalem for years.

Increasingly violent confrontations between Israeli police and Palestinian protesters at a compound in Jerusalem's Old City have threatened to trigger a wider conflict.

Palestinians have been angered about restrictions on access to the compound, where the al-Aqsa mosque - the third holiest site in Islam - is housed, along with the Temple Mount - the holiest site in Judaism.

Early on Tuesday, the Palestinian Red Crescent, a humanitarian group, said more than 700 Palestinians had been injured in clashes with Israeli security forces in Jerusalem and across the West Bank.

US Secretary of State Antony Blinken said Hamas must end the rocket attacks "immediately", adding: "All sides need to de-escalate."

In a tweet, UK Foreign Secretary Dominic Raab said the rocket attacks "must stop", calling for "an end to targeting of civilian populations".

"The firing of rockets from Gaza against civilian populations in Israel is totally unacceptable and feeds escalatory dynamics," the spokesman said.

The UN Security Council held an urgent meeting Monday over the violence. No statement has been issued.

But speaking to the Associated Press, a diplomatic official said the UN, Egypt and Qatar, which often mediate between Israel and Hamas, were all trying to halt the fighting.