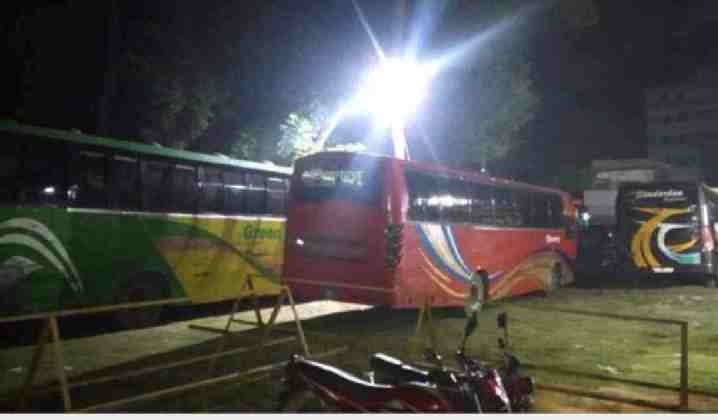 At least 100 buses have been seized for operating services flouting the government’s directives in Cumilla district in the last two days till Sunday night.

Additional superintendent of Cumilla Highway Police Mollah Mohammad Shahin, said as per the government directives they have set up a number of check-posts on Dhaka-Chattogram highway’s Alekharchar, Miarbazar and others important points to prevent movement of inter-district buses.

During the regular check, the highway police found at least one hundred buses are carrying passengers from one district to another district ignoring the government’s directives to prevent transmission of coronavirus.

All the buses have been kept at the respective police stations and police camp and cases have been filed in this connection.

Public transport services were suspended in Bangladesh on April 5 with the government announcing a countrywide restriction to curb the spread of coronavirus.

On April 30, the transport owners’ association urged the government to immediately resume bus services in the country. The association also demanded food assistance for the unemployed transport workers.

On May 3, the government decided to allow the intra-district public transport services with effect from May 6 after extending the ongoing restriction till May 16.