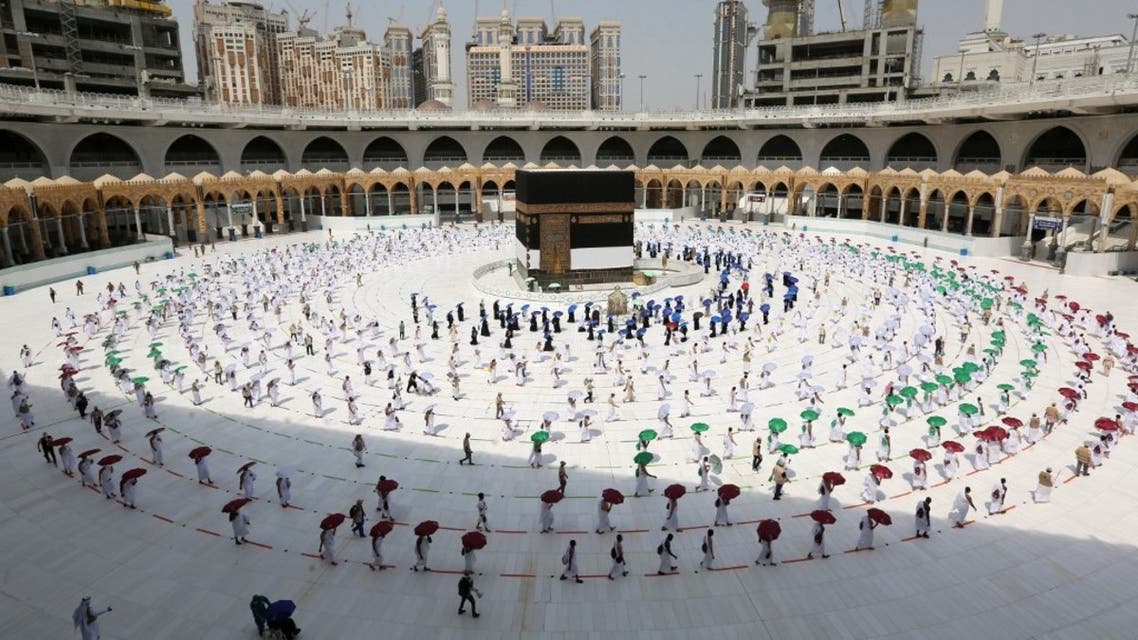 Saudi Arabia will hold the Hajj pilgrimage under “special conditions” to protect against the spread of COVID-19, a spokesman with the Ministry of Hajj and Umrah annnounced on Sunday.

“Health authorities in the Kingdom continue to assess the situation and are taking all measures to ensure the safety of all,” the spokesman said during a press conference.

He also said further details on the operational plans for this year's Hajj will be announced “at a later time.”

Last year, the Kingdom only allowed a limited number of those living in the country and who met certain criteria to participate in the Hajj pilgrimage, which is one of the five pillars of Islam and required for able-bodied Muslims at least once in their lifetime.

Those who managed to secure a spot were randomly selected through an automated raffle system, with no human involvement, according to the Minister of Hajj and Umrah.

The group was required to self-isolate at home seven days prior to arriving in Mecca, as part of the requirements to participate in the pilgrimage.

The participants were then quarantined in the designated hotel until the start of the rituals.

The pilgrims were transported in assigned groups daily while every 50 individuals were accompanied by a health leader to ensure safety measures, including wearing a mask and social distancing, were implemented at all times.