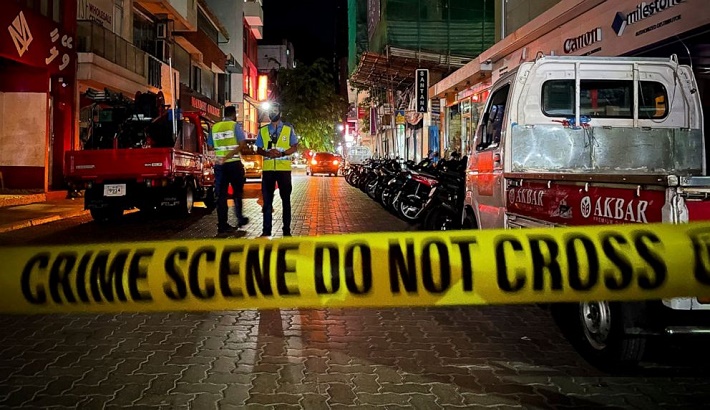 A top official in the Maldives said Saturday that Islamic extremists were responsible for an explosion that critically wounded former President Mohamed Nasheed earlier this week, as police said they arrested two of four suspects.

Hospital officials said Saturday that Nasheed, 53, was conscious and no longer needed breathing support, but remains in an intensive care unit after initial life-saving surgeries to his head, chest, abdomen and limbs. They told reporters that shrapnel from the blast damaged his intestines and liver, and that a piece of shrapnel broke his rib and had been a centimeter (0.4 inches) from his heart.

Nasheed, the current Parliament speaker, has been an outspoken critic of religious extremism in the predominantly Sunni Muslim nation, where preaching and practicing other faiths are banned by law. He's also been criticized by religious hard-liners for his closeness to the west and liberal policies.

A British investigator is expected to arrive in the Indian Ocean archipelago on Sunday.

An explosion occurs as Nasheed approaches his car. Authorities say a homemade explosive device containing ball bearings was attached to a motorbike parked near his car, possibly detonated by remote control.