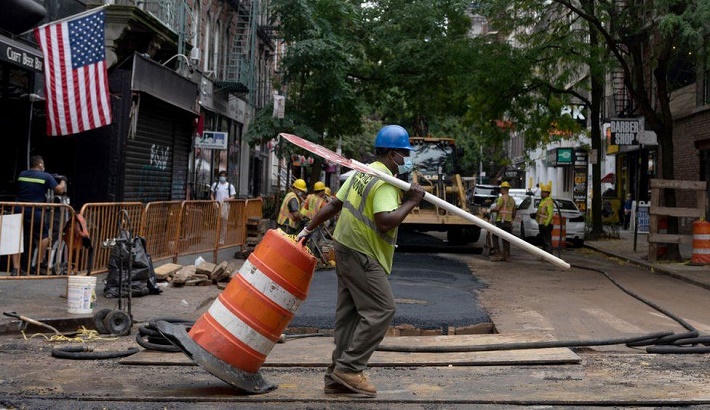 US employers hired fewer workers than expected last month despite a huge stimulus package that saw the government send $1,400 (£1,000) cheques to most Americans.

Just 266,000 jobs were added in April and the unemployment rate edged up to 6.1%, according to the Bureau of Labor Statistics.

It said a hiring spree among leisure and hospitality businesses was offset by declining courier numbers.

In all, 9.8 million remain unemployed.

In February 2020, before lockdowns forced millions into unemployment, 5.7 million people were out of work.

In March, the Biden administration pushed through the $1.9tn stimulus package.

The latest jobs figures were well below the expectations of economists, who had predicted that the gain would be anywhere from 900,000 to 2 million jobs.

That would have been well ahead of the 770,000 jobs that were added in March, which was considered a sign that America's economic recovery was gaining pace.