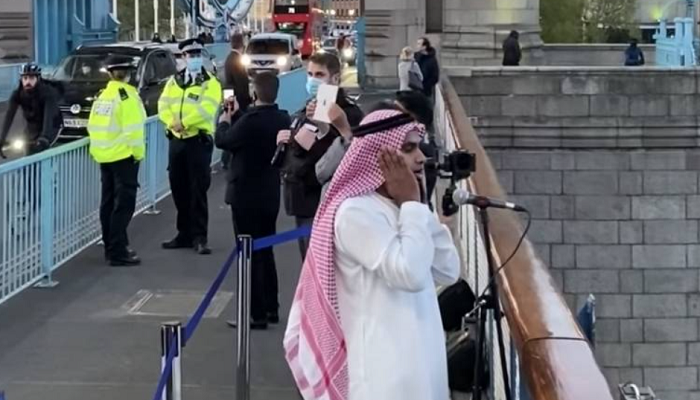 Just as the sun set over the horizon on the last Friday of Ramadan, a British-Muslim delivered the adhan on London’s Tower Bridge.

Kazi Shafiqur Rahman, who was part of an interfaith virtual iftar on Friday, delivered the adhan in a style akin to Sheikh Ali Ahmad Mulla, head muezzin of the Grand Mosque in Makkah.

“I am just an ordinary individual and for me to be blessed with such an opportunity is humbling,” he was quoted as saying in an Arab News report.

The entrepreneur has been perfecting the adhan since childhood and this has fueled the British-Bangladeshi’s passion for performing the adhan in public.

According to the report, The Tower Bridge adhan marked the end of an iftar hosted by Tower Hamlets Homes, the East London Mosque & London Muslim Center and Tower Hamlets Interfaith Forum.