Environment Minister seeks cooperation from all in protecting migratory birds 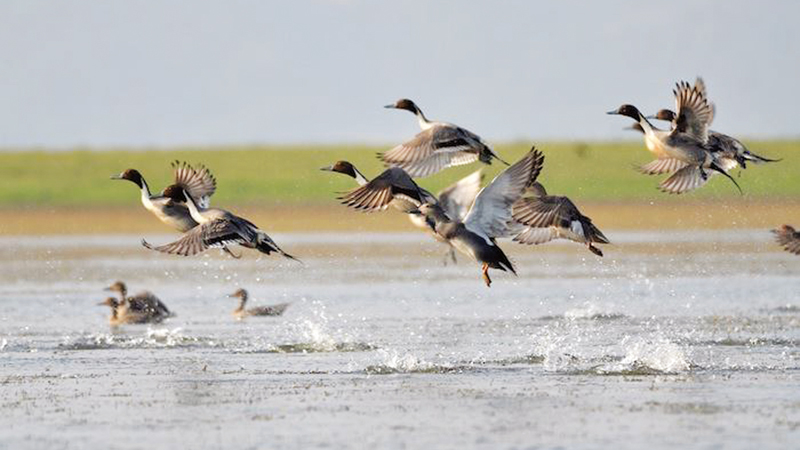 Minister for Environment, Forest and Climate Change Md. Shahab Uddin said every year in winter, different species of migratory birds come from Siberia and Europe, far away from Bangladesh, to enrich our nature and biodiversity.

As a result of effective measures taken by the government to conserve these migratory birds, bird killing has come down, he said.

The Minister expressed his firm commitment to protect the habitat of the birds which have played a unique role in protecting the environment.

The Minister of Environment, Forests and Climate Change made the remark while addressing as chief guest at an online discussion organised by the Forest Department on the occasion of World Migratory Bird Day-2021, with the theme "Sing, Fly, Soar - Like a bird!" from his official residence on Saturday.

Referring to various initiatives taken by the government for the conservation of birds, the Environment Minister said that out of about 710 species of birds including resident and migratory birds in Bangladesh, 650 species of birds have been included in the schedule of Wildlife (Conservation and Security) Act.

Provision has been made for imprisonment for a maximum of 1 year or a fine of up to Tk 1 (one) lakh for hunting / killing migratory birds.  Sonadia, Nijhum Island, Tanguar Haor, Hakaluki Haor, Hail Haor and Ganguira Char in Bangladesh have been declared as East Asian Australasian flyway sites for the conservation of migratory birds.
The Minister said that for the purpose of research on migratory migratory birds, bird census and bird ringing and most important GPS satellite tagging are being done, through which various important data related to migratory migratory birds are being obtained.

The forest minister said regular operations are being carried out across the country to stop illegal bird hunting and trade.  The offender is being handcuffed and is being imprisoned and fined for various terms by conducting mobile court.  As a result, the crime rate has dropped dramatically.

In order to make the local people aware about the conservation of migratory birds, various road show, rallies, discussion meetings and trainings are being organized at the field level.

He said compensation of Tk 3.18 lakh has been paid to the families affected by the Shamukkhol colony in Bagha upazila of Rajshahi in the fiscal year 2020-21.  The minister said the government provides incentives for the conservation of wildlife, including birds.

The forest minister said the production and sale of diclofenac, a deadly drug for vultures, has been banned across the country and two vultures have been declared in the Sundarbans and Sylhet.  A vulture rescue and identification center has been set up at Singra in Dinajpur to conduct rescue and rehabilitation activities of sick and injured vultures.

In addition, on February 8, 2021, the cabinet approved a proposal to stop the production of harmful ketoprofen drugs to protect vultures.  The minister said the present government will succeed in conserving wildlife including birds with the cooperation of the people.