After the Gates divorce, what happens to their ginormous house? 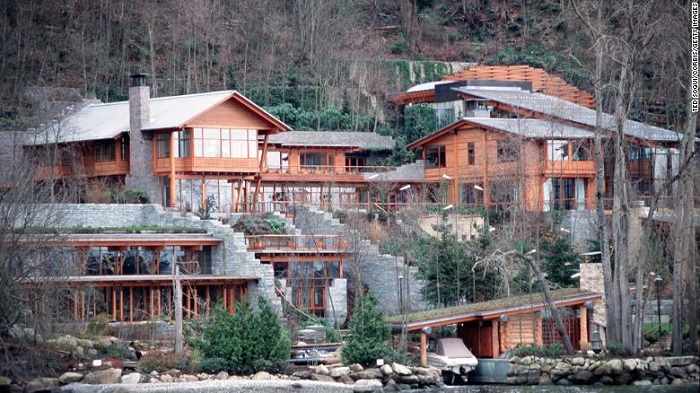 News of the Bill and Melinda Gates' divorce ricocheted around the world this week, raising a number of questions: What, why? What about the foundation? Is it too soon to ask Melinda to star in a reality TV series with Mackenzie Scott?

And, of course, what happens to that ginormous house?
(Answers: We don't know; they'll continue as co-chairs of their namesake charitable foundation; it is not too soon; and we don't know yet.)

The Gateses' mansion, called Xanadu 2.0, is a stately pleasure-dome indeed. The sprawling 66,000 square-foot complex sits on Lake Washington in the Seattle area, in the same pampered neighborhood as the home of fellow uber-rich person Jeff Bezos. It's estimated to be worth more than $130 million.

The couple have kept details about the home private, but visitors' accounts and media reports over the years have given the world a glimpse of what it's like inside the home of some of the wealthiest people on the planet.

There are the unsurprising luxuries you might expect to find in such an estate: A 20-car garage is built into the hillside, according to a 1995 New York Times article. The 60-foot indoor/outdoor pool has its own underwater music system. There's a trampoline room. A 2,500 square foot gym. An art-deco movie theater. Each room has touch-pad-controlled lighting, music, and climate controls.

There is a confusing bedroom-to-bathroom ratio. The house has just seven bedrooms but 24 bathrooms. 24!
The sand at the beach by the lake was reportedly brought in from Hawaii, according to an intern who viewed the home in 2007. Microsoft published the intern's report about visiting the estate for a barbecue. "The whole house is built out of this beautiful orangey wood," they wrote. "The landscaping is just insane."

Spokespeople for the Gateses didn't respond to requests for comment on the house or who may end up with it in the split. But it seems unlikely Melinda will be fighting for it.

Bill began construction on the property before the couple met. Melinda wasn't thrilled with it at first. "If I do move in," she recalled telling Bill in a 2008 interview with Fortune magazine, "it's going to be like I want it to be — our house where we have our family life."

She hired a new architect to redesign it more to her liking. But years later, she still seemed a little uneasy about the home's size.
"We won't have that house forever," Melinda told the Times in 2019. "I'm actually really looking forward to the day that Bill and I live in a 1,500-square foot house ... Just to be clear, the house was being built before I came on the scene. But I take responsibility for it."