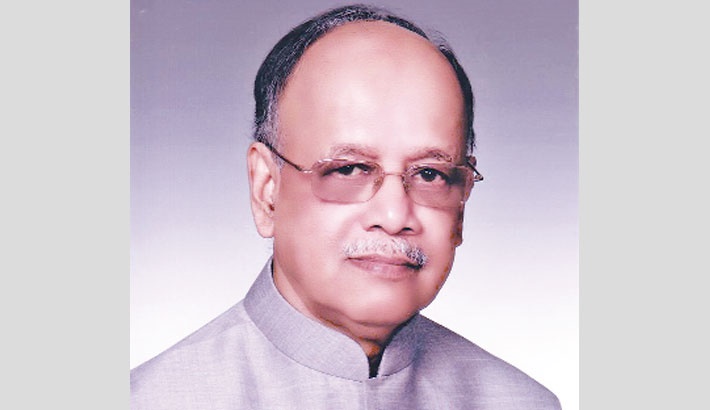 In India, known as world’s largest democracy, election of different sorts are very common and are held throughout the year. The country comprises of 28 states and 8 centrally administered territories. Each state has an assembly and every five years the voters elect assembly (Bidhan Sabha) members. There are also numerous local body elections held throughout the year. Few days back the State Assembly elections of Paschimbanga were held and the results were declared on 2nd May. The election results confirmed a conclusive win for the Trinamool Congress (TMC) under the leadership of Mamata Banerjee, the incumbent Chief Minister of the State. She has already taken oath of office as the Chief Minister of the State for the third time though she lost in the election in her constituency Nandigram. As per the Indian Constitution, Mamata Banarjee will have to be elected in a bye election within 180 days. That should not be a problem for her.  Paschimbanga, popularly known as West Bengal is an adjacent State of Bangladesh and once was part of greater Bengal whose borders stretched up to Bihar and Orissa. The division of Bengal into West Bengal and East Bengal in 1947 was an irrevocable tragedy of history. Though politicians like to talk about the partition of India, in reality India was not partioned, it was Bengal and Punjab that were partioned in 1947.  Till the arrival of the British, Bengal was the richest province of India. Whatever happens in Paschimbanga the people of Bangladesh take an interest as for centuries the people of undivided Bengal shares many things in common, from history and heritage to culture and language. In our Liberation War all neighbouring States of India played a very significant role in helping millions of refugees fleeing their homes. But the biggest help perhaps came from the people of Paschimbanga who provided all sorts of help for nine months for approximately ten million refugees from Bangladesh. So whatever happens in Paschimbanga stirs a special interest amongst the people and the media of Bangladesh. The recent election was no exception.

Since 1947 the State was ruled by Congress till 1977. In between there was a Governor’s rule (1967-1972). The Left Front was in power for long thirty four years till Mamata Banerjee-led coalition was elected to power in 2011. Out of 294 State Assembly seats the coalition won in 227 with TMC along winning in 184 seats. Mamata did not need the support of the coalition partners to form her government. The election coalition included Congress and Socialist Unity Centre of India (Communists). Mamata began her political career with the Congress. Before that, she joined the BJP led National Democratic Alliance (NDA) government. She was also made the Railway Minister under the Congress-led coalition government (United Progressive Alliance) from 2009 to 2011.  In 1998 Mamata Banerjee resigned from Congress and formed her own political party, TMC. TMC is more of regional party though it is named as All India Trinamool Congress.

In Paschimbanga Mamata Banerjee is more known as Didi or Pishi. She lives a very simple life in her humble home in Kalighat, known for her simple attire of wearing white cotton sari and Hawaiian chappal. A graduate in Islamic History and Law, she has authored a number of books. She is also known as an artist. Whatever she gets as royalty from her publishers and sales of painting, Mamata spends on her family. She happens to lead a bachelor life. In 2016 her party was again voted to power in Paschimbanga and she became Chief Minister for the second consecutive time brushing aside all speculations.

The recently concluded election was different from all previous elections in the State or even in any other States in India. The ruling BJP in the Centre which preaches Hindutva, India  for Hindus only, is virtually a prescription for turning India into a communal state. The founding fathers of India never perceived such a policy will ever be a policy by any government in Independent India. BJP as a strategy plans to gradually control all the States of India and this time it chose Paschimbanga, the State known as the cultural Capital of India and whose inhabitants have always stayed away from communal politics. The inhabitants of this State still recalls and remembers the  history of  the mayhem committed in the communal riots of 1946, for which the politicians are primarily to be blamed. Two and a half crore population of the State and 30 per cent of the voters are Muslims. When a political party like BJP preaches communalism and hatred in the State for simple political gains, there is every reason why the minority community feel nervous and a sense of insecurity. In 2019 the Indian Parliament passed two bills, the National Registrar for Citizens (NRC) and the Citizen’s Amendment Act (CAA). The first one is a register of all Indian citizens whose creation is mandatory by all States. Its purpose is to document all ‘legal’ citizens of India so that the ‘illegal’ citizens of immigrants can be identified and deported. In most cases the Muslims were perceived to be ‘illegal’ citizens who ‘infiltrated’ into India over the years for better living. This created a shiver amongst the Muslims across the country, many of whom have lived in India for ages, even before 1947. Then came the CAA which was intended to redefine the definition of illegal immigrants. This Bill, once implemented, would make most of the Muslims of the neighbouring States of Bangladesh and Pakistan as illegal immigrants. The sense of insecurity amongst the minority population in these States ran very high. It was only Paschimbanga Chief Minister who took a bold step to announce that she would not allow these two Bills to be implemented in her State. The minority community in this State expressed a sigh of relief and during the last election they stood beside TMC in most of the constituencies. Mamata, as she studied Islamic History, understands Islam and takes part regularly in most of the Muslim festivals. BJP unfortunately failed to explain why should anyone from Bangladesh infiltrate into India except those who flee after committing some serious crime or steal money and decide to find a safe sanctuary in India.

Amit Shah, the Indian Home Minister, who is the second most powerful person in Modi’s cabinet after him virtually pegged his tent in Paschimbanga for about three months and spoke in a record 62 public rallies why people should vote for BJP and help the party to get rid of ‘illegal’ immigrants. The PM himself visited the State 12 times and addressed 15 public election rallies. Besides these, two senior members of the Indian cabinet, scores of other BJP leaders and ministers virtually made Paschimbanga their second home for about three months before the election campaigning for their candidates. To make things little difficult for Mamata, BJP managed to lure away some important TMC leaders and gave them nominations. It was a very ugly form of horse trading. Unfortunately, BJP could not speak the mind of the people of Paschimbanga voters. Another development was made by the Peer of Furfura Abbas Siddiqui, when he decided to float a party the Indian Secular Party and divide the Muslim voters. He even forged an alliance with the Congress and Left Front. It seemed the election was between TMC and the rest. The general voters were a bit puzzled why should so many political parties and people get together to just defeat one woman, the incumbent Chief Minister, Mamata Banerjee and her party TMC. 46 per cent of the voters were women and obviously they had a sort of sympathy for one of their own.

BJP made a strategic mistake by not projecting someone who would become the Chief Minister in case they won the election. On the other hand, the voters knew that it would be Mamata who would be in the post if TMC wins. People knew her strengths and weaknesses, she was time tested and the local Bangali community perceived her as one of their own and the Muslims viewed her as their protector. Just before the  election began (it is staggered over two months) the Central Government brought change in  many of key positions in the administrations, sent Central Reserve Police Force who overshadowed the members of local law enforcing agencies, all sending wrong messages to the voters. In all eight phases of the polling the turnout was high, nearly 80 per cent of which TMC got the support of 47.94 per cent with 213 seats and BJP 38.13 per cent with 77 seats. The so called alliance forged by the Peer of Furfura just managed to get one seat and both Congress and Left Front faded into oblivion. This is for the first time that Paschimbanga Bidhan Sabha will not have any representative from Left Front since 1947.

Though TMC won the election and Mamata has already been sworn in as the Chief Minister, there are serious matters that need to be considered by her and her party. In the election of 2016 BJP won only in three seats and received the support of 10.16 per cent of voters. This time their performance has been impressive. It simply gives a signal that BJP is making a slow and steady progress in the State. In 1984 when BJP first contested in the National Election the party won in only two seats in Lokh Sabha. Now they are ruling India.  Mamata has to perform better than her second term if she wants to keep on going and should also realize that she will have a strong opposition in the State Parliament this time backed by the Central Government.

Once Mamata forms her cabinet, her immediate attention should be to take necessary steps to combat the out of control Covid-19 pandemic in her State. The pandemic has been catastrophic throughout the country. Indian born author Arundhati Roy writing for the Guardian  of London on 28 April blamed the Modi government for the colossal failure in taking the proper steps in right time to manage the pandemic related dangers. The pandemic seems to have gone out of control in India and no one knows when the scare of the pandemic will end. Mamata has to address the problem in a meaningful way and ask her workers to stand besides those affected. Judging from the progress of BJP in Paschimbanga the next election scheduled for 2025 may not be a smooth sailing for TMC unless Mamata’s government ensures better governance to the people of her State. Many would like to see her play an important role in the Lok Sabha election of 2024 and even be the Prime Minister of India. If Narendra Modi, the former Chief Minister of Gujarat can occupy that position why not Mamata some would like to ask. For that she needs to do lots of homework.

Mamata’s win in the recent election is seen in good earnest by the people of Bangladesh. Sheikh Hasina, Bangladesh’s Prime Minister has already sent her a message of felicitation. But still the Teesta river water sharing problem remains unresolved because of the ‘stubbornness’ of Mamata Banerjee in spite of the fact the Central Government has agreed to resolve the issue amicably. Mamata should also realize that Bangladesh not only has always been a good neighbour of Paschimbanga but also contributes immensely to the Paschimbanga’s economy. People spend millions of taka in just doing shopping, especially during the Eid time (not happening for two years due to pandemic) and vacationing. People from Bangladesh spend a staggering amount of money for medical care in Paschimbanga and in other States of India. The Didi of Bengal has fought single handedly and won against all odds in the State election of 2021. Now she has to deliver and prepare her grounds of even better future. Congratulations to the Daughter of Bengal.