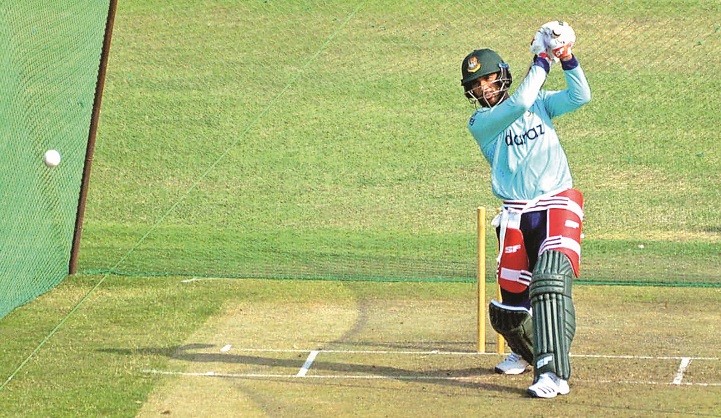 Bangladesh Cricket Board will be eyeing not to replicate the same mistake of Indian Premier League authorities when they host the three-match one-day international series against Sri Lanka this month.

The 14th edition of IPL, the biggest cash-rich T20 franchise cricket league, was recently postponed indefinitely after several cricketers, coaches and officials of different franchises tested Covid-19 positive despite being in the secure bio-bubbles.

Before IPL Governing Council and Board of Control for Cricket in India’s unanimous decision to postpone IPL 2021 season on Tuesday, a total of 29 out of 60 matches were played in three different cities in India.

Although both parties spent millions of dollars to build protected bio-bubbles to hold the tournament, BCB Chief Physician Debashis Chowdhury feared that there would be some breaches that spoiled the bio-bubbles.

“We are trying to find out how this happened in IPL? The last time when they hosted it in Dubai (UAE), there was no collapse in the bio-bubble. The kind of bio-bubble they arranged, it is only possible by IPL authorities, no one else,” Debashis told The Daily Sun on Friday.

“Airport is also a big issue although they travelled mostly on chartered flights. However, they followed the normal procedures to enter or exit from the flights. So these three can be the reason behind breaching the bio-bubble in IPL,” he added.

Since cricket returned after the Covid-19 pandemic break, BCB arranged a number of domestic and international series successfully and Debashis informed that they followed some desperate measures in order to make the bio-bubble stronger ones.

As Sri Lanka ODI team is set to arrive on May 16, Debashis said they would isolate the hotel staff and groundsmen a week before their arrival in Bangladesh and they will undergo the Covid-19 test several times in the meantime.

“We tried it in Ireland series but as the rainy season is coming, it won’t be effective we guess at that time. The most important thing is to monitor them properly as some of them try to go out of bio-bubble sometimes. We are using just one venue so it will also be an advantage for us,” he added.

Debashis, however, admitted that it will be a tough ask for them to host Dhaka Premier League, starting on May 31, in the same plan, as there will be so many teams and will likely be held in different venues as well.

“BCB medical unit will advise BCB to use three to four different hotels during DPL time otherwise if anyone is contaminated then the whole hotel people can suffer the same consequences,” he said.

Debashis added that players who returned from Sri Lanka are likely to start their practice on Sunday as they are yet to get written documents from the Ministry of Health.

The Sri Lanka returnees didn’t join the rest of the preliminary members on Friday as they only received verbal permission from the ministry. The remaining others resumed their practice after daybreak.

“We have been given permission verbally (by the ministry of health) to start their practice. But we are yet to receive the written document…Cricket operations department will decide whether they will practice on Saturday or the following day,” he concluded.