Khaleda’s fitness to go abroad to be assessed once permission given: Doctor 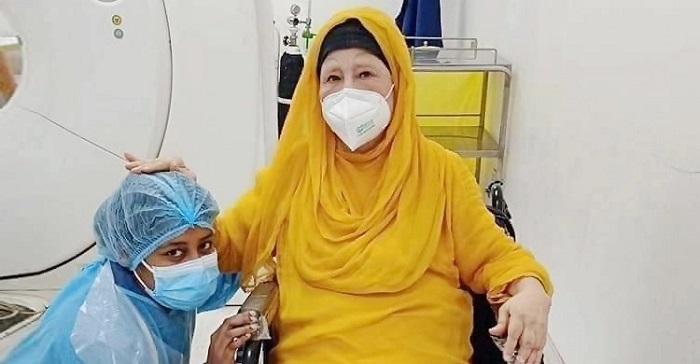 The medical board, formed at Evercare Hospital in the capital for the treatment of BNP Chairperson Khaleda Zia, will decide whether she has the physical fitness to travel abroad once the government permits her to leave the country.

Talking to reporters after visiting the BNP chief at the hospital, her medical board member Dr AZM Zahid Hossain also said there is no improvement in Khaleda’s health condition. “Her condition is the same today (Friday) as it was yesterday (Thursday).”

As journalists asked whether Khaleda is capable of going abroad with her current physical condition, he said, “This question is still irrelevant as she’s yet to be given permission (to leave the country). If the government allows her to go abroad, then the 10-member medical board will decide it."

Zahid said Khaleda has been undergoing treatment in the country’s one of the renowned hospitals under the eminent doctors from both home and abroad.

He said the medical board visited Khaleda before Juma’a prayers and examined her health condition. “They later decided to continue the treatment with the prescription they gave earlier.”

Zahid, also a vice-chairman of BNP, said Khaleda has still been kept at the Coronary Care Unit (CCU) as her condition did not improve.

He urged people to pray for the speedy recovery of the BNP chief.

Law Minister Anisul Haq on Thursday said the opinion of his ministry on allowing BNP Chairperson Khaleda Zia to go abroad will be sent to the Home Ministry soon.

Meanwhile, BNP Secretary General Mirza Fakhrul Islam Alamgir on Thursday urged the government to allow their party chief Khaleda Zia to go abroad for advanced treatment on humanitarian ground as she has been suffering from post-Covid complications.

Amid talks about taking her abroad for advanced treatment, BNP Chairperson Khaleda Zia on Thursday applied for the renewal of her Machine Readable Passport (MRP).

A party senior leader, wishing anonymity, said the new passport has already been issued and her family received it.

She was shifted to the CCU of the hospital with shortness of breath around 4pm on Monday last. Her breathing problem later eased.