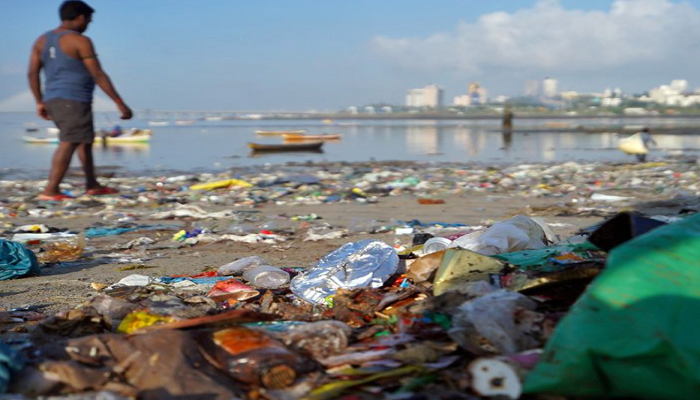 The European Union will ask India to join its push for a global treaty on plastic pollution, according to a draft statement prepared for a virtual summit on Saturday and seen by Reuters.

The draft statement, which must be signed off by EU ambassadors and needs New Delhi's final approval, said: "The EU invited India to consider endorsing the Leaders’ Pledge for Nature, and effective engagement with like-minded countries on negotiations on a Global Plastics Agreement." read more

The EU, Rwanda and Peru are among those pushing for a legally binding international treaty to stem the flow of plastic pollution piling up in the world's oceans and natural habitats.

The aim is to win support ahead of a U.N. meeting in February 2022 which could launch negotiations on the agreement -- paving pave the way for a deal akin to the 2015 Paris Agreement, under which nearly 200 countries committed to avoid dangerous climate change.

At the virtual summit on Saturday, both sides are expected to pledge to increase cooperation to limit climate change, part of a wider bilateral agenda that the EU hopes will include closer trade ties and ways to counter China's rise. read more

India aims to have 450 gigawatts (GW) of renewable energy generation capacity by 2030, roughly five times the 93GW it has today.

India is the world's third-biggest carbon emitter after China and the United States, and is facing pressure to commit itself to net zero emissions by 2050 -- a pledge the EU and United States have both made, while China is aiming for 2060.

Government sources have told Reuters the country is concerned that binding itself to such a target could constrain the energy needs of its people. read more

The draft summit statement said the European Investment Bank and EU countries' development banks were increasing financial support to India for climate-related issues, for example in areas such as renewable energy and green transport.