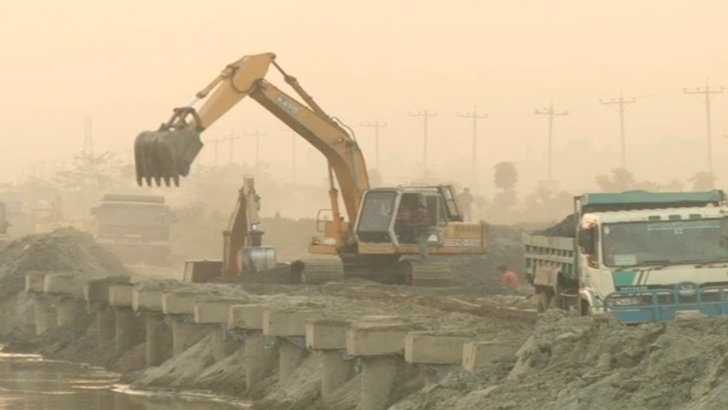 A worker was killed after a crane hit an engine-run auto in Khilkhet on Friday morning.

The deceased was identified as Md Shihab, 22, was a mason by profession, son of Majibar, hailing from Shibganj upazila of Chapainawabganj.

The victim's cousin Naeem said the accident took place at the area at 9:00am as the crane hit the auto coming from the opposite direction, leaving Shihab seriously injured.

He was later taken to Dhaka Medical College and Hospital (DMCH) where duty doctor pronounced him dead.

Confirming the news, Bacchu Mia, in-charge of DMCH police outpost, said that the body has been kept at the hospital morgue for an autopsy.