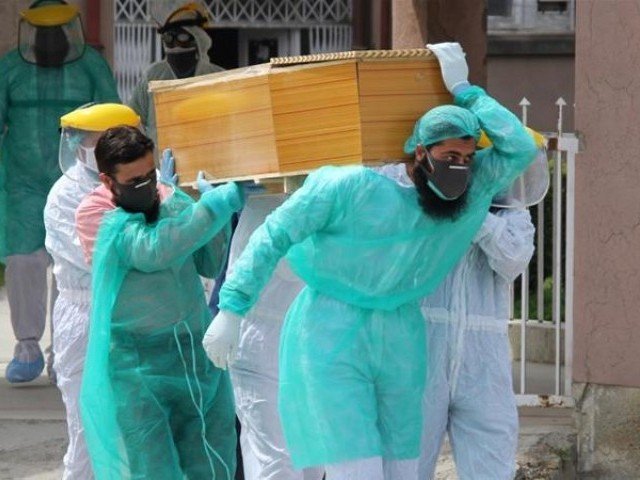 The number of health workers killed in the pandemic has reached 101 in the Khyber-Pakhtunkhwa (K-P) province as yet another doctor became the casualty on Tuesday.

Dr Noor Islam was the former Medical Officer (MO) District Headquarters Hospital Mardan and he succumbed to Covid-19 in the hospital.

He also served as Medico legal officer. His death has pushed up the total number of doctors killed so far in the pandemic to 65. In total around 101 frontline health workers have lost their lives including 65 doctors, 16 paramedics, seven nurses and 13 others workers including drivers, technicians and ward attendants etc.

Provincial Doctors Association (PDA) has once again demanded of the government to provide health workers and doctors’ families, who were killed in the pandemic, with the compensation package and pay all the health workers with the Corona Risk Allowance.

“Government assured us that a compensation or Shaheed package will be paid to the families who died in the pandemic but all these claims remain just newspaper statement or social media attraction. On the ground only the family of one doctor has been paid compensation while the rest of them are waiting for it for the past several months,” said the Information Secretary of PDA Dr Saleem while talking to The Express Tribune.

Around 43 more people succumbed to Covid-19 in the Khyber-Pakhtunkhwa province on Tuesday pushing the total death toll to 3466 so far.

Around 509 fresh cases have also emerged in the past 24 hours. Peshawar remained on the top of the Covid-19 related death in the province with 16 deaths, Charsadda with three deaths, Nowshera one, Mardan four, Swat six, Abbotabad three, Kohat three and DI Khan three.

The number of active cases in the province stands at 11076 while 7131 new tests have been conducted in the past 24 hours.

“The K-P government has failed to pay the Corona Risk Allowance to the medical community in the province despite the fact that it being paid even in Balochistan province,” he said, adding that doctors were not being provided even the proper PPEs in the hospitals and N-95 surgical masks are available to staff working in Covid wards only.

“There is no protective gears, no Shaheed Package, no risk allowance,” he said.

He blamed that the government has not paid allowances to the Corona Rapid Response Teams across the province for the past seven months and through media and tweets they were repeatedly assured its payment but mothering practical really came out of it.