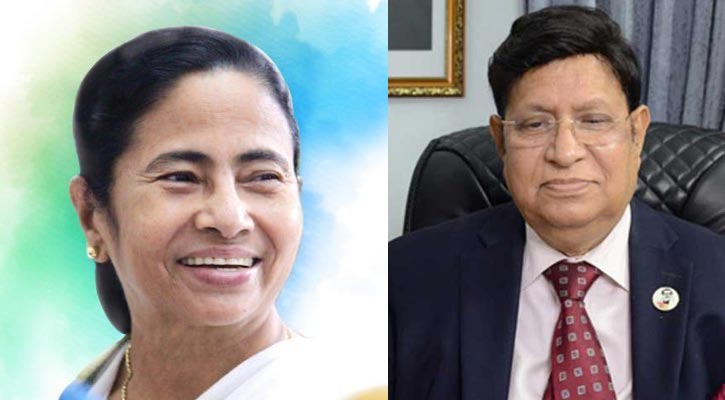 Mamata hoped that the love and affection between the people of Bangladesh and West Bengal will further be strengthened in the days to come.

Acknowledging Dr Momen’s letter with gratitude, Mamata said the people of West Bengal again voted for development, peace, harmony, unity and solidarity and to strengthen the spirit of those core issues.

The Trinamool Congress chief was sworn in as West Bengal Chief Minister for the third straight term on Wednesday after she spearheaded her party to a remarkable victory in the assembly polls.

In her return letter to Dr Momen, Mamata said Bangladesh and West Bengal are attached together by deep friendship, brotherhood, common culture and heritage.

The Chief Minister expressed the hope that they will be able to take the West Bengal State to a greater height, and said good wishes from Bangladesh will certainly help them in their future journey.

"We believe, with your cooperation and commitment, the relations between the two countries will be strengthened further and help resolve the outstanding issues," he mentioned in his congratulatory message.