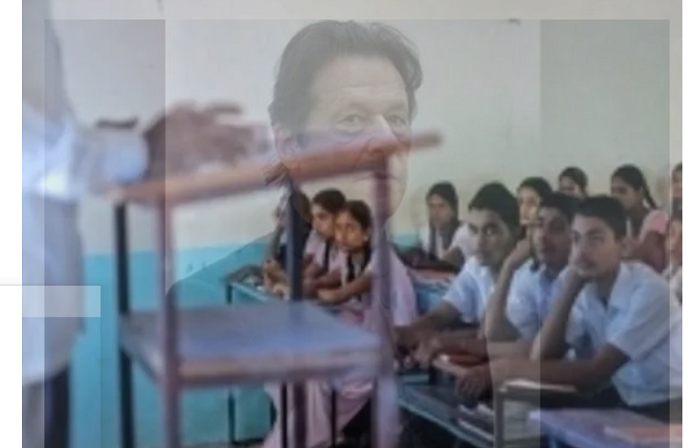 As Pakistan struggles with a deadly third wave of the COVID-19 pandemic, the country's education system has come to a grinding halt, with parents becoming frustrated due to uncertainty about their children's future.

For the fourth time in the last year, educational institutions, from Prep to the Post-doctoral level, have suspended face-to-face teaching and instead have introduced online teaching, reported Gulf News.

As the final exams have also been delayed for a few months, frustation is rising among the parents who continue to pay the fees but are witnessing endless experiments resulting in huge learning losses for their children.

Last week, the federal education ministry announced postponement of exams, despite the Cambridge A-level exams already beginning and the O-level about to start. This move led to a mini mayhem in Pakistani homes.

The Pakistan government had promised that it will get the exams done despite the current situation, but last week's announcement handed the government the worst of the outcome.

Gulf News writes that the anti-Exam-Now lobby was expecting the government to not postpone the exams but instead negotiate with Cambridge and with the local boards to accept school assessed grades and promote students to the next level.

Now the entire burden of the studies has been shifted towards the end of the year term, which has posed as a further nightmare for Cambridge students a further nightmare, as the O-level students will be taking their final exams just when their next level of studies will also start.

Most A-level students will now have to wait another year to apply for foreign education. Those who were ready to take their exams feel being cheated out of their right to appear at their own risk.

Though the government has proposed to "reduce the number of students at different exam centres" under strict checking and supervision for COVID-19 SOP enforcement, it is unclear how many will actually take the offer since the government is also seriously contemplating a strict lockdown.

Syed Talat Hussain for Gulf News writes that the government could have given an honest assessment of the on-ground COVID-19 situation to the parents and the students, leaving it to them to decide for themselves whether completing their academic career was worth taking the risk or not.

Questions linger on what will become of the exams if the virus remains just as virulent at the end of the year.

Due to the third wave of coronavirus, Pakistan is witnessing a spike in COVID-19 related deaths.

According to the data released today, 3,377 people tested positive in the last 24 hours while 161 people lost their lives with most fatalities being reported in Punjab.