Tamim and co to start practice on Friday 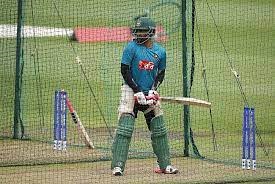 Bangladesh ODI skipper Tamim Iqbal along with eight other cricketers, who were part of the recent-concluded two-match Test series against Sri Lanka, are expected to start their practice on Friday at the Sher-e-Bangla National Stadium for their upcoming home ODI series against the same opponents.

Tamim, Mushfiqur Rahim, Liton Das, Mohammad Mithun, Taijul Islam, Najmul Hossain, Taskin Ahmed, Mehidy Hasan and Shoriful Islam will join their other preliminary squad members, who earlier start their training on May 2.
Bangladesh Test team members earlier arrived in Dhaka on May 4 and they had to complete a three-day mandatory quarantine at their own residence, which ended on Thursday.