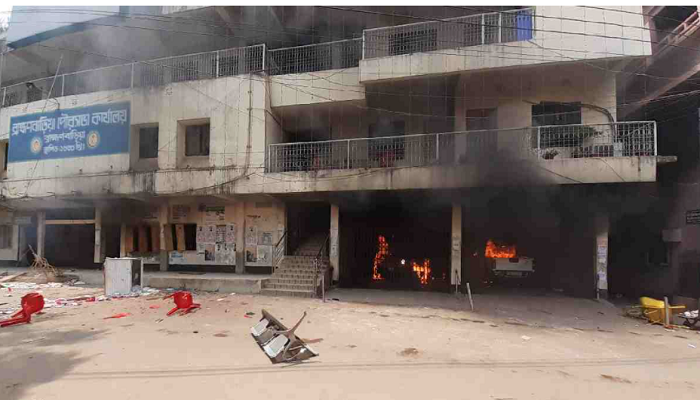 Ten top leaders  of Khelafat Majlish were arrested in the past 24 hours until Thursday morning in connection with the clashes and vandalism carried out by Hefazat-e-Islam men in Brahmanbaria last month.

Md Abu Taher, President of Sarail Upazila  Khelafat Majlish   confessed to his involvement in Brahmanbaria mayhem, saying it was a part of a conspiracy to oust the government from power, said police.

So far, 55 cases have been filed and 434 people arrested over the violence, said a press release of Brahmanbaria police.