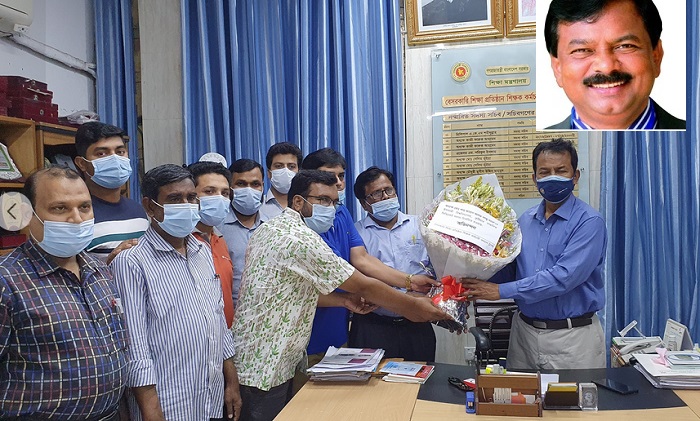 Prinpal Shahjahan Alam Shaju, member secretary of Non-Government Teachers and Employees Welfare Trust under the Ministry of Education, was nominated as the new syndicate member of Islamic University, Kushtia.

The nomination order was issued by the Ministry of Education under sections 19 (1) (Jha) of the Islamic University Act 1980 (Amended Law, 2010) with the approval of President and Chancellor of the University Abdul Hamid on Wednesday. The information was given in a letter signed by M Mahmudul Alam, deputy secretary of the ministry.

Besides serving as the member secretary of the trust, Shaju is also general secretary of Shadhinata Shikkhak Parishad and Secretary of World Federation of Teachers’ Union (WFTU).  Md Shahjahan Alam Shaju is the founder and principal of Bangabandhu Technical and Commerce College in Ashuganj of Brahmanbaria.

The newly appointed syndicate member Shahjahan Alam Shaju told The Daily Sun that he would try his best for the development of the university.

Shahjahan Alam Shaju won the International Award 2017 for his contributions to education and social work in Bangladesh. He also got Khola Mon Award from the Jadavpur University of India in 2016.

For his struggles to expand education’, the World Federation of Teachers’ Union also honored Shaju with WFTU Award in 2010. He also received Lifetime Achievement Award from Shishu Prativa Bikash Kendra in 2014.