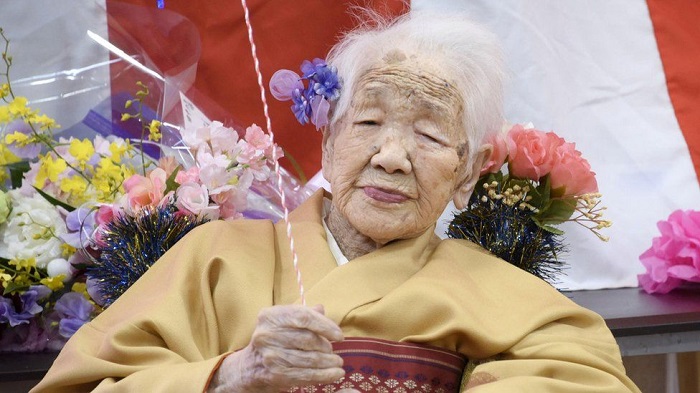 The world's oldest person has withdrawn from the Olympic torch relay, saying she's worried about spreading Covid-19 to others in her nursing home.

The relay, which began in March, has been hit by a coronavirus outbreak, with eight cases linked to the event.

Last month, amid a surge in cases, Japan declared a state of emergency in major cities including Tokyo and Osaka.

Several celebrities have also pulled out of the torch relay over concerns about the virus.

Ms Tanaka, who was born in 1903, was recognised by Guinness World Record as the world's oldest living person in March 2019.

An official at her nursing home said her family had emailed the relay organisers, saying she "wanted to withdraw from the relay as she and her family were concerned about spreading the virus at the nursing home".

What is the situation in Japan?
Restrictions were introduced in Tokyo, Osaka, Kyoto and Hyogo prefectures on 25 April, with an initial end date of 11 May.

However local media report that the government is considering extending the restrictions.

It is unclear if these restrictions will affect the Olympics more generally. The Games, already postponed by a year because of the pandemic, are scheduled to begin on 23 July.

According to broadcaster NHK, hospital capacity for seriously ill patients in Osaka has now exceeded 99% - and the region's governor Yoshimura Hirofumi said on Tuesday that he doubted the prefecture's state of emergency could be ended this month.