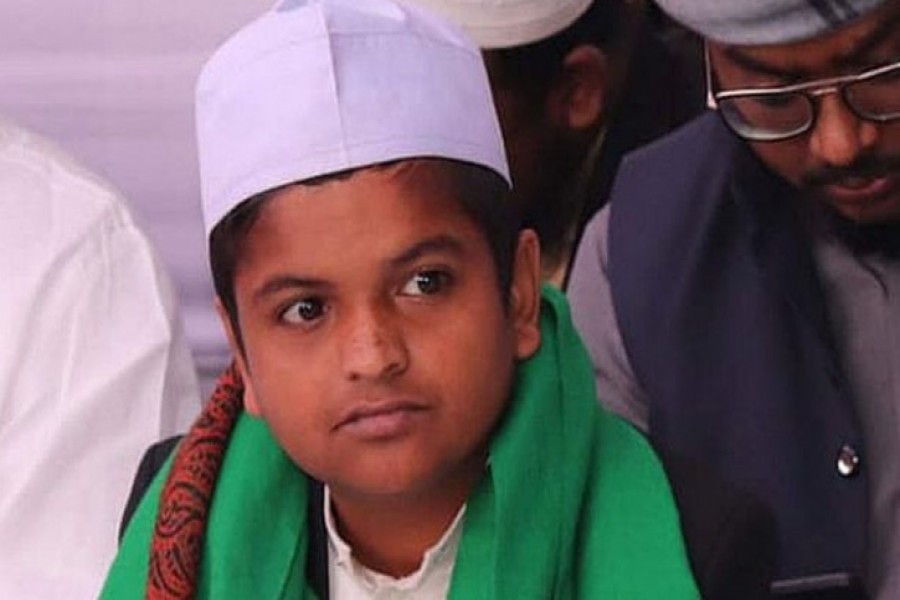 A Dhaka court on Thursday sent stunted preacher Rafiqul Islam, popularly known as ‘Shishu Bokta’ for his short stature, to jail in a case lodged under Digital Security Act (DSA).

Dhaka Metropolitan Magistrate Devbrata Biswas passed the order as police produced the accused before the court and pleaded to keep him behind the bars till the end of probe in the case.

Earlier on April 22, Dhaka Metropolitan Magistrate Abu Sufian Mohammad Noman placed him on seven-day remand in the case. That same court on April 21, placed Rafiqul Islam on four-day remand in a case lodged for attacking and engaging in fight with police in the capital in March, 2021.

Rapid Action Battalion (RAB) on April 8 arrested Rafiqul from his house in Netrokona and filed a case under Digital Security Act with Gacha Police Station.

Another case under DSA was filed against Rafiqul with Gazipur’s Bason Police Station.

A person named Md Adnan Shanto filed another DSA case against the accused with the capital’s Motijheel Police Station on April 8.

Bangladesh Chhatra Odhikar Parishad brought out a rally in Motijheel area on March 25, protesting the visit of Indian Prime Minister Narendra Modi. Rafiqul was seen leading the rally with some other people. As police tried to push them away from the road, they locked in a battle with the law enforcers.

Police had arrested Rafiqul from the scene but later released him on that day.