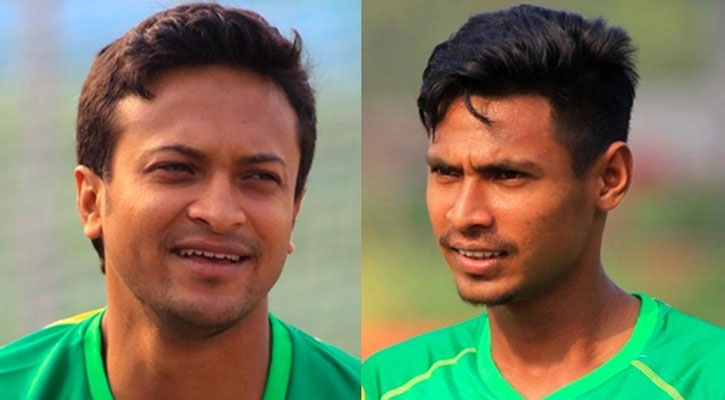 Cricketers Shakib Al Hasan and Mustafizur Rahman, who were part of the Indian Premier League, left India for home via chartered flight on Thursday morning.

With Bangladesh enforcing an air travel ban on India, there were concerns on how the two players would reach home. Sources in Rajasthan Royals and Kolkata Knight Riders - the teams that Mustafizur and Shakib play for - confirmed to this publication that the duo left today. Mustafizur took the flight out from Delhi with Shakib joining in from Ahmedabad.

"Both the players travelled together on Thursday afternoon and we ensured that things were all fine," a source said.

With India witnessing the second wave of COVID-19, a host of countries - including Bangladesh - have banned flight operations.

The BCCI was in regular conversation with the High Commission and the authorities to ensure that the players reached home safe and without any hassle.

"For the BCCI, the focus is to make sure that everyone reaches home safe and we will do everything to ensure that happens," a Board official said.

"The players underwent RT-PCR tests and once the reports were negative, they were allowed to fly out," he said.

The league was postponed a couple of days after multiple players tested positive for the virus.