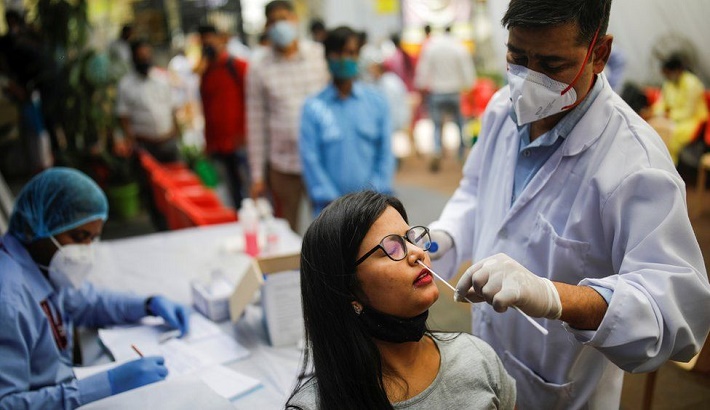 India has said a "double mutant variant" of the coronavirus first discovered there in March may be "linked" to a deadly second wave there.

Samples containing the mutant - or B.1.617 variant - have been found in several states with high case numbers.

An official with the National Centre for Disease Control said however, that they had still been unable to "fully" establish a correlation.

A double mutant is when two mutations come together in the same virus.

The B.1.617 variant was found in several states reporting a surge including Maharashtra, Karnataka, West Bengal, Gujarat and Chhattisgarh.

For more than a month, Delhi insisted that the B.1.617 variant had no link to the current surge.

Officials have also denied that the rise in cases is linked to the British, South African and Brazilian mutations.