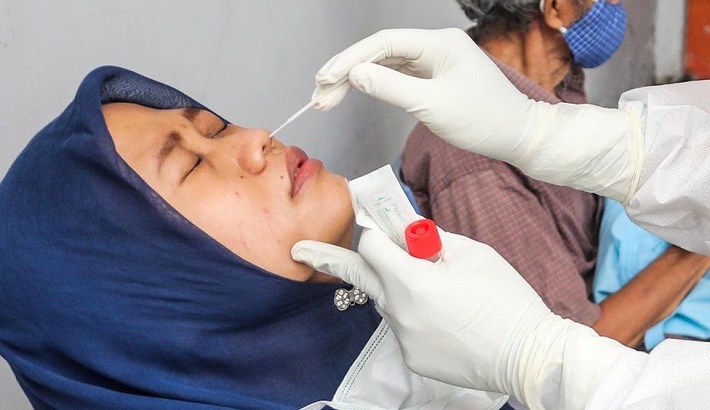 Several employees of a pharmaceutical company have been arrested in Indonesia for allegedly washing and reselling used Covid nasal swab test kits.

Up to 9,000 passengers at an airport in Medan may have been tested with the reused swab sticks, say police.

Covid nasal swab testing has become routine in many countries hit by the global pandemic.

Police said they believed the scam had been happening since last December at Kualanamu airport in Medan, North Sumatra.

Passengers are required to have a negative test if they want to fly, and the airport offers the option of getting the swabs done on site. Airport authorities had used antigen rapid test kits supplied by Kimia Farma.