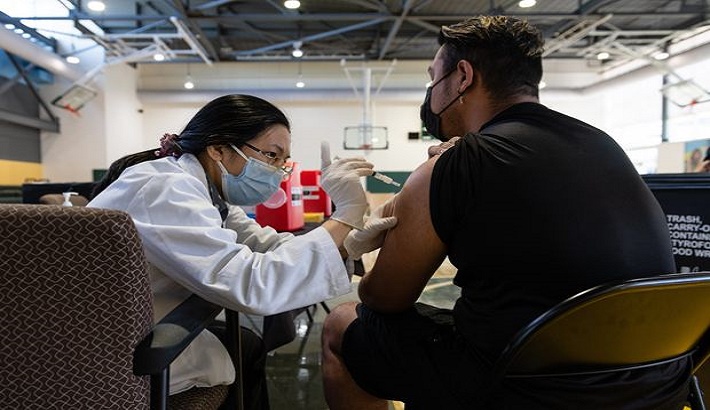 The US has thrown its support behind an initiative at the World Trade Organization (WTO) to waive intellectual property protections for coronavirus vaccines.

India and South Africa proposed the move, which they said would increase vaccine production around the world.

But drugs manufacturers argue it may not have the desired effect.

And she warned that it would take time for WTO members to reach a consensus decision on the matter.

India and South Africa were the leading voices in a group of about 60 countries which for the last six months has been trying to get the patents on vaccines set aside.

However, they met with strong opposition from the previous US administration of Donald Trump, the UK and the EU.

But Mr Trump's successor as US President, Joe Biden, has taken a different tack. He backed a waiver during the 2020 presidential campaign and reiterated his support on Wednesday.

The head of the World Health Organization (WHO) called the move a "monumental moment" in the fight against Covid-19.