Number of unhappy wives in China more than doubled since 2012 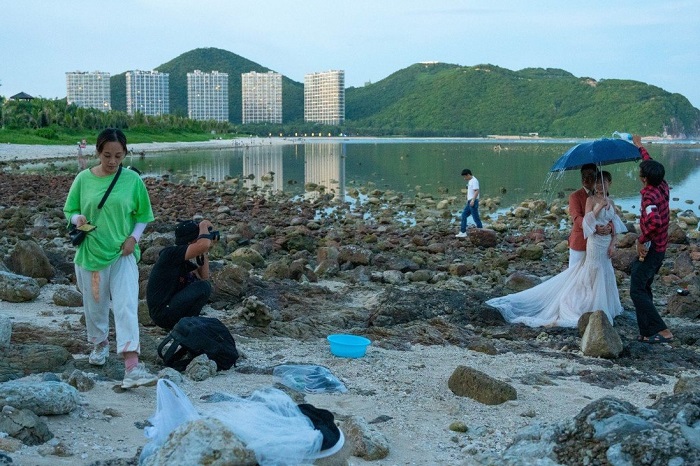 It was one of those midnight musings, so common during adulthood, when the regrets and triumphs of our lives become vibrant characters dancing in our minds.

Liu Fang wrote a simple statement on Weibo that read: “What I regret most in my life is getting married and having a kid. How wonderful to just be alone!” Her post captured an increasingly common reality in China, where many people, primarily women, are questioning the institution of marriage itself.

Liu, 38, has been married for seven years and has a six-year-old son. When she first got married, she expected her happiness to be doubled and her sorrow halved, she said in an interview.
But the Shanghai woman, a white-collar employee at a financial data firm, said: “It turned out to be work tripled. The work in the office, the chores at home and the childcare work; I’ve been thinking about divorce all the time.”

Liu’s experience of being responsible for childcare and housework while maintaining a job is a common reason for unhappiness in a marriage. But so is increasing awareness of domestic violence against women and unfavourable public policies, such as the recently instituted one-month “cooling off period” for couples seeking a divorce.

While experts can debate what is causing such disillusionment, there is no debate that woman are increasingly unhappy in marriage, according to a recent survey.

The survey is jointly conducted by the National Bureau of Statistics, China Post Corporation, and the National School of Development at Peking University. It is issued to 100,000 households across China by mail.

The divorce-to-marriage ratio, or divorces as a percentage of marriages, was slightly above 20 per cent in 2009. In 2019 it hit 50 per cent, according to data from the Ministry of Civil Affairs.
The ratio dropped in 2020, the year of the coronavirus pandemic, but still remained high at above 45 per cent.

And most often it was the wife who initiated the break-up. According to data from the Supreme People’s Court, more than 73 per cent of divorce cases heard by all courts around China in 2017 were brought by women.

The government also appears aware of rising divorces, and on January 1, 2021 it implemented a law that requires couples to go through a 30-day “cooling off period” before they can complete the split. At the end of 2020, that impending law resulted in a rush of divorces so couples could avoid the cooling-off period.