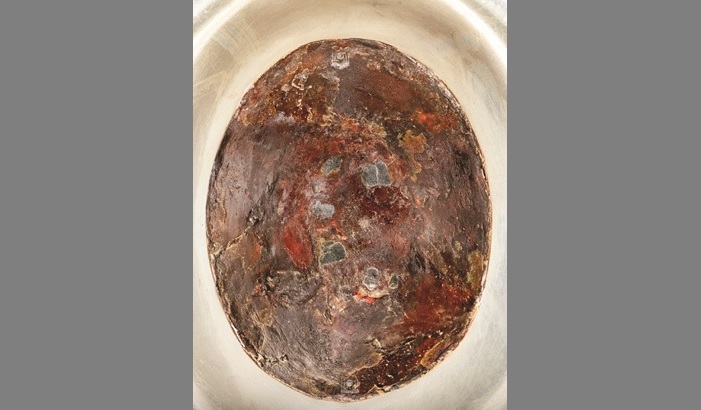 Authorities in Saudi Arabia have released new specially processed images of the most important Islamic and archaeological sites in the Grand Mosque in Makkah, reports Arab News.

The General Presidency for the Affairs of the Two Holy Mosque took 1,050 photographs of the Black Stone and the shrine of Ibrahim using Fox Stack Panorama technology, which combines images with varying degrees of clarity to produce a single accurate high-resolution picture of the Black Stone, known as Hajar Aswad in Arabic.

The 49,000-megapixel images were taken over seven hours and required a week to edit. It is the first time the authority has been able to show the Black Stone in such detail.

The authority was interested in using the latest imaging techniques because of the Black Stone’s importance to Muslims, said Sultan bin Ati Al-Qurashi, undersecretary-general for the Projects and Engineering Studies Agency at the presidency.

The reddish-black, oval-shaped stone is 30 cm in diameter and is located in the southeast corner of the Kaaba.The stone is positioned 1.5 meters above the ground and placed inside a frame made of pure silver for protection. It is the starting and finishing point of the circumambulation.

Al-Qurashi said the authority was keen to document the Black Stone and the shrine of Ibrahim to show its technical details and engineering dimensions. The images were printed using a 3D printer.

“It is an advanced technique used for the first time in building a model that greatly simulates the shape and size of the shrine of our Prophet Ibrahim,” Al-Qurashi added.

The Projects and Engineering Studies Agency is building a virtual exhibition to display all these works in a 3D model that is considered an exact replica of the archaeological collection, and will include 123 different pieces from the Two Holy Mosques Architecture Museum.