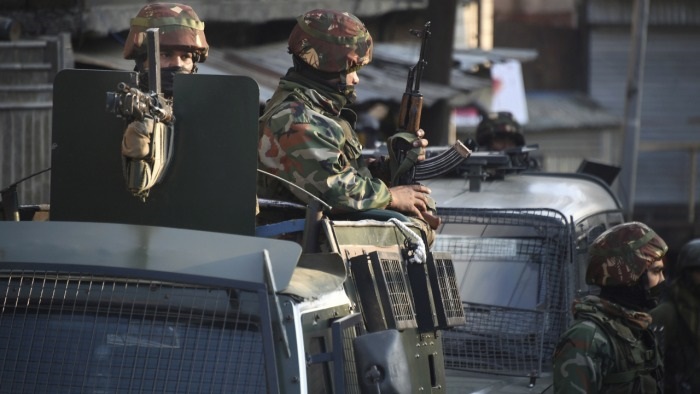 A Pakistani militant involved in the killing of two municipal councilors and a policeman on March 29 in Sopore town of north Kashmir’s Baramulla district was killed in an encounter with security forces along with his accomplices on Tuesday.

A police official said that among the two militants killed in the joint operation at Nathipora, Sopore, 55 kms from here, one was involved in the attack that resulted in the killing of two councilors and a policeman during a scheduled urban local body (ULB) meeting in Sopore on March 29.

While terming the killings a “huge success” for security forces, he said the encounter broke out after a joint team of the police and the army cordoned off Nathipora and launched a search operation on the basis of specific information about presence of militants in the area.

As the security forces zeroed in on the spot where militants were hiding they came under a heavy volume of fire which was retaliated in which both the ultras were killed, he said. Sources identified the slain Pakistani militant as Hamas alias Asrar alias Saria, a commander of Lashker-e-Toiba outfit.

Earlier, a spokesperson of J&K police in a tweet said that the foreign militant involved in the March 29 attack on a group of councilors was trapped in the gunfight at Nathipora.

Meanwhile, as a ‘precautionary measure’ and to maintain the law and order situation authorities suspended internet services in Sopore police district.