DOPPA DAY protests on May 5 all over Bangladesh 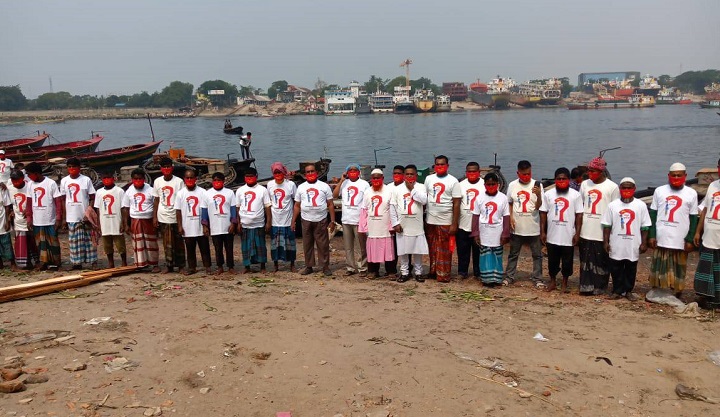 Under the banner of Ittehadul Muslimin Bangladesh, Alems and Olemas from different Islamic parties gathered to observe Uyghur Doppa Day today on May 5 in solidarity with Muslim Uyghur Brothers in Xianjinag, China.

On May 5, every year Uyghur Community around the world observe and celebrate Doppa Day.

Doppa is a traditional hat worn by the Uyghurs to celebrate and protect their cultural heritage.

As you all are aware, China government's action against Uyghurs in Xianjiang have violated all provisions of the UN Genocide Convention. Around 2 million Uyghurs and other Minorities are believed to have been placed under detention Centres where they are subjected to indoctrination, sexual abuse and even forced sterilization. China, on the other hand says that the Centres are necessary to prevent Religious Extremism and Terrorism.

Uyghur detainees in the camps are deprived of basic human needs, suffer inhuman treatment and punishment and imprisonment without food. A drop in Uyghur birth rate has also been seen as Chinese program of sterilisation, abortion and birth control has been forced upon women without their will.

The silence of the Muslim World on Chinas persecution of Ughgur Muslims has been spoken in many forums especially after United States, Canada and Dutch Parliament recognised Chinese oppression of Uyghurs as GENOCIDE.

Through this Conference and Press, we urge all our Muslim countries around the world to stand United against China's Genocide in Xianjinag region.