Secretary of State Antony Blinken on Hong Kong and Xinjiang 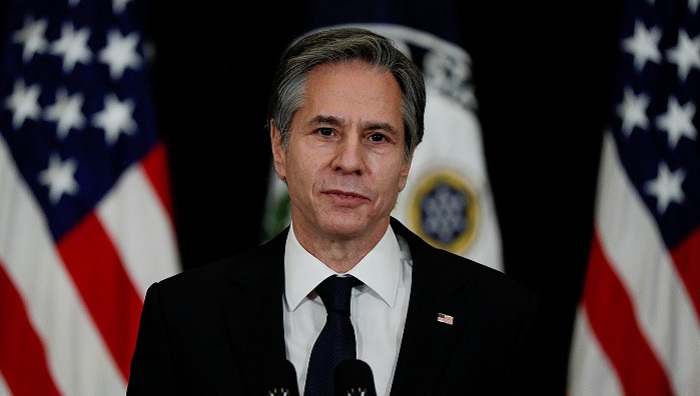 This week on 60 Minutes, Norah O'Donnell spoke with Secretary of State Antony Blinken. Blinken said China is the biggest foreign policy challenge facing the Biden administration as it threatens the rules-based international order. That order, which traditionally governed relations between nations, emerged after World War II.

"When we see any country that is challenging that order, or trying to undermine it, we're going to do something about it. We're going to stand up in defense of it," Blinken commented.

This March in Anchorage, Alaska, the first formal in-person government talks between the U.S. and China under the Biden administration took place. There, Blinken confronted Chinese top diplomat Yang Jiechi about repressing democracy in Hong Kong and abusing human rights in its province Xinjiang. Jiechi in return accused the U.S. of interfering in China's internal affairs and questioned the state of domestic affairs in America.

Blinken told 60 Minutes, "Actually, no, they're not [internal affairs]. China signed on to the Universal Declaration of Human Rights. It made solemn commitments to human rights. It's violating those commitments."

In response to the pro-democracy movement in Hong Kong last year, the Chinese government passed a new national security law that seeks to ban what it deems as acts of subversion. That law has since been used to arrest pro-democracy activists in Hong Kong. This year, electoral changes were passed that activists say could give China even more political power in Hong Kong's government. Blinken said that China's crackdown on democracy in Hong Kong is in direct violation of its international commitments.

"What the government in Beijing has done, is to effectively quash democracy in Hong Kong… and in so doing it's violated the commitments that it made when Hong Kong was handed over by the British to China," Blinken explained.

Hong Kong was handed over to China in 1997, ending over 150 years of British rule. The territory, a global financial hub, was supposed to retain much of its independence from Beijing.

Back on the mainland, Chinese authorities have been detaining Muslim ethnic groups including Uyghurs in camps in the Xinjiang region of the country.

The Chinese government has said they are trying to prevent extremism and that the camps are for vocational and Chinese language training. Blinken called it genocide.

"We've seen forced sterilization in an effort to hold down birth rates among the Uyghurs. We've seen efforts to indoctrinate them, to deny their culture, to deny their heritage… and various repressive and violent actions directed against them because they're Uyghurs," Blinken said.

While China remains the top item on the foreign agenda for the Biden administration, Blinken also told 60 Minutes he is working to rebuild relationships with allies across the globe.

Blinken explained he plans to accomplish this by "making it clear that we're listening to them… and rebuilding those habits of cooperation that, to some extent, we'd gotten away from."