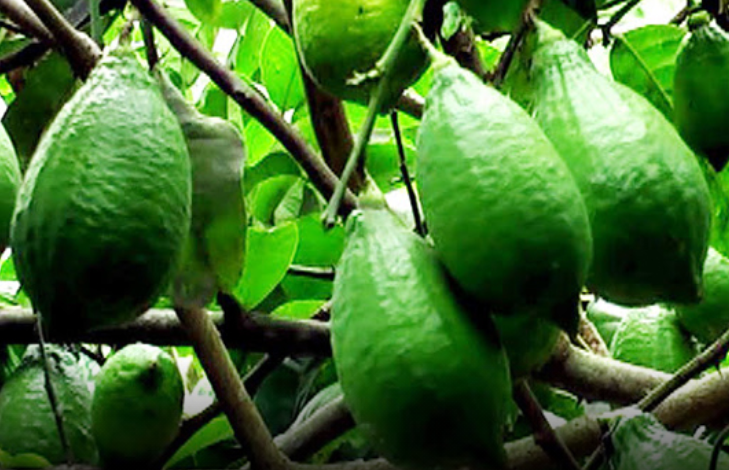 A number of unemployed educated youths have changed their fortune by farming Calombo Lemon in the high lands of Shibpur, Belabo, Monohardi and Raipura upazilas of Narsingdi district in the last ten years.

The unemployed youths have started cultivation of Calombo lemon in small scale on experimental basis in four upazilas of the district and achieved remarkable success. Their success encourages many others to cultivate and raise orchards of the juicy and extraordinary flavor fruit.

Seeing the interest of the farmers and found climate and soil of the district suitable for Calombo lemon cultivation, the Department Agriculture Extension (DAE) on 2012 has taken a programme to cultivate export quality lemon in four upazilas- Shibpur, Belabo, Monohardi and Raipura of the district.

Under the programme, a total of 50 new orchards of Calombo lemon (each orchard spread one bigha) were set up in the four upazilas of the district.

The DAE supplied 160 sapling of Calombo lemon to each growers of the orchards and imparted them training on producing quality lemon.

Besides some farmers in different areas of the district raised a number of orchards by their own initiative and they are at present harvesting good quality lemon from their orchards.

According to the DAE Narsingdi, farmers in four upazilas of the district at present cultivating Calombo lemon in 2200 orchards on 480 hectares land. This year, they have so far produced over 5200 metric tons of lemon in the district.

Khandaker Mahabub of Dattargoan village under Shibpur upazila of the district started lemon cultivation on 30 decimals lands in 2006. He succeeded in cultivation the Calombo lemon and gradually raised garden by planting 800 saplings on 120 decimals of land and the plants growing well.

This year he got an excellent production from his gardens. He expressed his satisfaction for earned so far Taka 300000 selling the lemon this season.

Farmer Babul Chowdhury of Lakshimipur village under Raipura upazila of the district also narrated his successful story cultivating the Kalambo lemon in his 300 decimals land.

He said this year so far he earned Taka 7,00000 by selling lemon from his garden.

Now, this variety of lemon are exporting in abroad specially European countries and Middle East countries. Each Kilogram Calombo lemon are being sold at Tk50 to 60 in the local markets which contain only 4 to five.

He said April, May and June are the best season of harvesting Calombo lemon. He hope this year Narsingdi district will be exported over 2000 metric tons of Calombo lemon to foreign countries.

The Deputy Director said Calombo lemon tree generally grows on high fallow lands where scope of other crop cultivation is limited. Some 200 saplings can be planted on per bigha of land which produce an average 50 to 60 mounds. Each tree bear 80 to100 lemon in a year.

He opined that the expanding of Calombo lemon has created huge jobs in the gardens of the district. The country could earn huge foreign exchange every year by exporting the Kalambo lemon.