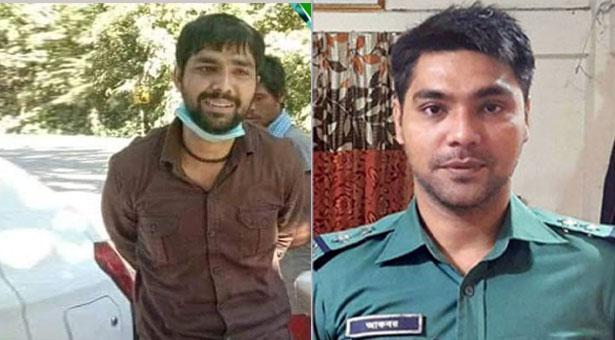 Police have pressed charges against six people, including the sacked sub-inspector Akbar Hossain Bhuiya of Bandarbazar Police outpost in connection with the death of Raihan Ahmed at the outpost last year.

The investigation team of Police Bureau of Investigation (PBI) handed over the chargesheet to Sylhet Court Inspector Pradeep Kumar Das around 11 am on Wednesday, said superintendent of PBI Sylhet Khaleduzzaman.

Court police will submit the chargesheet before a virtual court.

All the accused policemen are behind bars.

On October 11 last year, Raihan Ahmed, 34, a resident of Akharia in Sylhet city, was beaten to death in police custody.

His wife, Tahmina Akter Tanni, later filed a case with Kotwali Police Station the following day against a number of unidentified people.

Four policemen, including then in-charge of Bandarbazar Police outpost sub-inspector Akbar, were suspended on October 12. The three other policemen were also withdrawn the same day.

Later, the case was transferred to the PBI.

Meanwhile, the Sylhet Metropolitan Police (SMP) formed a committee to probe the death of Raihan. After a primary investigation, it found some policemen guilty of a foul play.

After the autopsy, doctors said there were 111 injury marks on Raihan’s body and two of his nails were pulled out.

On October 22, 2020, former SMP Commissioner Golam Kibria was transferred over widespread criticisms of the role of police in Raihan’s death.

On November 18, 2020, a court on sent the suspended sub-inspector of Bandarbazar police outpost, Akbar Hossain Bhuiyan, to jail in connection with Raihan’s death.

Akbar was arrested from Dona frontier area in Kanaighat upazila of Sylhet on November 10, last.

Raihan (34), a resident of Akharia in Sylhet city, was beaten to death in police custody on October 11, last year.

Raihan had called his mother from an unknown number and said police had taken him to Bandarbazar outpost and demanded Tk 10,000 for his release in the early hours of October 11.

His uncle then rushed to the police outpost with Tk 5,000 but policemen refused to take the money and asked him to return after arranging Tk 10,000.

Raihan’s uncle then again went to Bandarbazar police outpost at 9:30am with the money but he was told that his nephew had fallen sick and taken to a hospital at 6:40am.

As he went to the hospital, he came to know that Raihan was already dead and his body had been sent for post-mortem.

Turning down the allegation of torture, police said Raihan was caught by locals in Kastghar area during a robbery and was lynched.

As the news of Raihan’s death spread around, local people burst into protests and blocked the Sylhet-Sunamganj Highway.