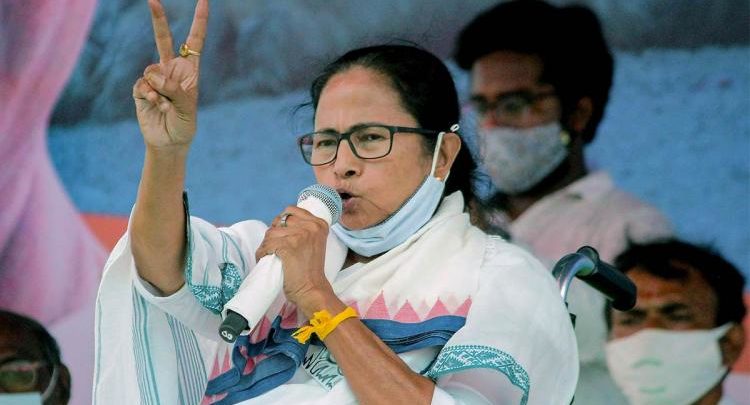 Trinamool Congress supremo Mamata Banerjee will be sworn in as the Chief Minister of West Bengal for the third time today. Governor Jagdeep Dhankhar will administer to her the oath of office and of secrecy at Raj Bhavan this morning.

The newly elected TMC MLAs had on Monday unanimously elected Mamata Banerjee as the legislative party leader at a meeting in Kolkata. Banerjee had then tendered her resignation from the office of the Chief Minister to the Governor.

Mamata's swearing-in will be a low-key programme given the ongoing COVID-19 pandemic. According to reports, only a few invitees will be present at the programme because of the ongoing pandemic. Invitations have been sent to her predecessor Buddhadeb Bhattacharjee, leader of Opposition of the outgoing House Abdul Mannan and CPI(M) veteran leader Biman Bose.

Chief ministers of other states and leaders of other political parties have not been invited for the programme keeping in mind the current COVID-19 situation in the country. TMC MP Abhishek Banerjee, poll strategist Prashant Kishor and party leader Firhad Hakim are likely to be present at the ceremony scheduled to be held at the Raj Bhavan. BCCI president Sourav Ganguly has also been invited for the ceremony.

Soon after taking oath, Banerjee will go to the state secretariat 'Nabanna' where she will be given 'guard of honour' by Kolkata Police.

Biman Banerjee, the speaker in the outgoing House, has been elected as the pro-tem speaker in the new Assembly. The newly-elected MLA will take oath in the Assembly from May 6.

The Trinamool Congress came to power for the third time in a row in West Bengal, pocketing 213 of the 292 assembly seats that went to polls, while its main challenger, the BJP, bagged 77 seats.