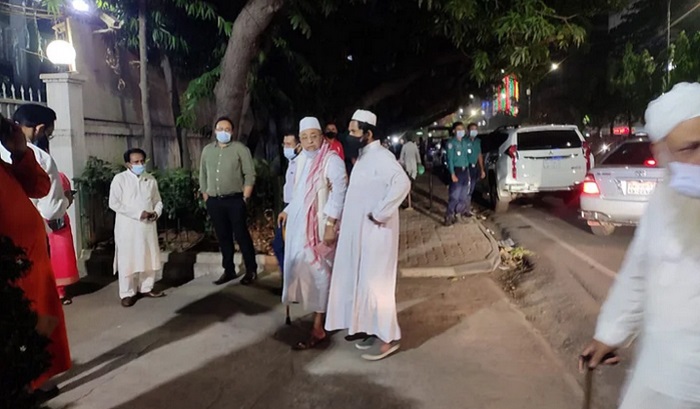 A five-member delegation led by member secretary of the central committee of the organisation Nurul Islam Jihadi participated in the meeting.

They entered the minister’s house at 9:20pm and went out around 11pm, sources said.

The current situation of Hefazat after mayhem committed by them and arrest and remand of their leaders took place in the meeting.

After the meeting, Nurul Islam Jihadi, member secretary of the organisation’s newly formed convening committee, said they demanded release of the leaders and activists of the organisation and reopening of madrasas that are shut down along with all other educational institutions due to the COVID-19 outbreak.