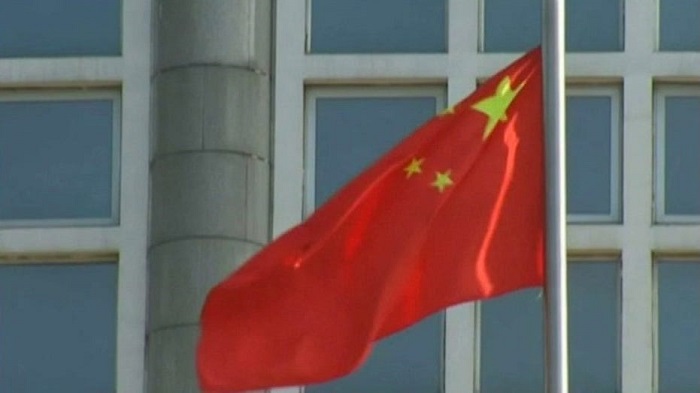 Michael Pillsbury, Director for Chinese Strategy at the Hudson Institute, joined 'America's Newsroom' to weigh in on China 'aggressive' impact, calling it a 'dangerous situation that the Biden team is very much aware of.'

More than a year into the COVID-19 pandemic, two Republican states are keeping up their efforts to hold China accountable for the spread of the virus that has killed hundreds of thousands of Americans and sparked an economic downturn from which the U.S. has still not recovered.

Mississippi and Missouri both sued China in federal court in the initial days of the pandemic last year, joining several class-action lawsuits against Beijing -- at a time when the Trump administration was blaming China as a key actor in the pandemic.

The virus is believed to have originated in Wuhan, and the secretive communist government was accused of downplaying the virus and misleading the world in the early days of the pandemic -- leaving other countries, including the U.S., exposed and without time to prepare.

Legal experts have warned that the cases face long odds because foreign governments are generally granted immunity from domestic suits. But that doesn’t mean the Republican states plan on giving up holding the Chinese behemoth accountable.

"Mississippi families and businesses deserve to be made whole for China’s malicious and dangerous actions," Attorney General Lynn Fitch said in a statement this week. "The suit is currently proceeding through the judicial process, and we look forward to the opportunity to pursue justice for the people of Mississippi."

Summonses were issued to the Chinese Communist Party and a number of Chinese ministries by a Mississippi court in December, according to WLBT, as well as the Wuhan Institute of Virology -- where the virus is believed to have possibly escaped.

Missouri became the first state to file a lawsuit against China in April last year, accusing the country of being responsible for the severity of the coronavirus pandemic and seeking damages to make up for "the enormous loss of life, human suffering, and economic turmoil" resulting from the disease.

The lawsuit says the pandemic was unleashed after "an appalling campaign of deceit, concealment, misfeasance, and inaction by Chinese authorities."

"During the critical weeks of the initial outbreak, Chinese authorities deceived the public, suppressed crucial information, arrested whistleblowers, denied human-to-human transmission in the face of mounting evidence, destroyed critical medical research, permitted millions of people to be exposed to the virus, and even hoarded personal protective equipment—thus causing a global pandemic that was unnecessary and preventable," it says.

The suit seeks to have the Chinese government, the CCP and other involved organizations "cease engaging in the abnormally dangerous activities, reimburse the cost of the State's abatement efforts, and pay compensatory and other damages..."

Missouri says that lawsuit is still moving, more than a year later.

"We’re currently working on alternative methods of service, and are moving as expeditiously as possible on this case," Missouri Attorney General Eric Schmitt’s office told Fox News this week. "The Attorney General’s Office remains committed to holding the Chinese government accountable for their role in the pandemic."

The lawsuits are hampered in part by the Foreign Sovereign Immunities Act (FSIA), which restricts Americans' ability to sue foreign governments except in certain circumstances. Missouri has sought to get around that by suing the Chinese Communist Party itself. Meanwhile, other Republican lawmakers have tried to reform the FSIA to allow citizens to sue China.

The push comes despite the Biden administration winding back much of the rhetoric and actions taken by the Trump administration in  response to the Chinese  role in the virus outbreak.
Trump frequently called COVID-19 the "China virus," something which President Biden has avoided. Meanwhile, Trump withdrew the U.S. from the World Health Organization over it’s perceived pro-China bias. The Biden administration reversed that move.

However, in February, the Biden administration then expressed "deep concerns" about the probe into the Chinese handling of the coronavirus, over concerns about Chinese interference in the investigation.