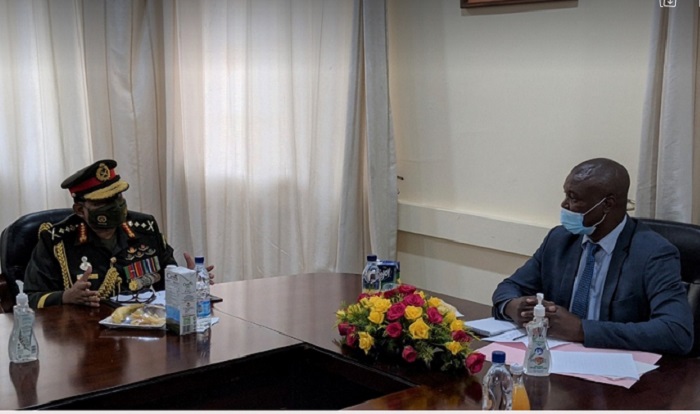 At first, General Aziz Ahmed called on with the Acting Defence Minister of Zambia Wezi Lukhele.

During the discussion at the Ministry of Defence, the military cooperation and relationship between the two countries were highlighted and Lukhele informed that Zambia is interested in cementing an improved relationship with Bangladesh and Bangladesh Army.

He also expressed the intention of the Government of Zambia for working closely with Bangladesh and the interest in taking support of the agricultural expertise of Bangladesh.

General Sikazwe expressed his gratitude to General Aziz Ahmed for accepting his invitation and making a good bond between the two Armies.

He expressed that both the Armies will endeavor to increase military activities which will be mutually beneficial.

General Aziz Ahmed also brought forward the matter of issuing on-arrival visa to the military personnel of Bangladesh Armed Forces, and General Sikazwe assured that he will undertake efforts to get it approved from the concerned ministry at the earliest.

Major General Kalinda expressed his gratitude for the cooperation and support provided by Bangladesh Armed Forces.

He highlighted the prospects of training the officers and men of Zambia Air Force in various training institutions of Bangladesh.

General Aziz Ahmed welcomed the officers and men of Zambia Air Force to undergo training in various training institutions of Bangladesh Armed Forces and expected that the relationship between the two-Armed Forces will flourish further in the days to come.