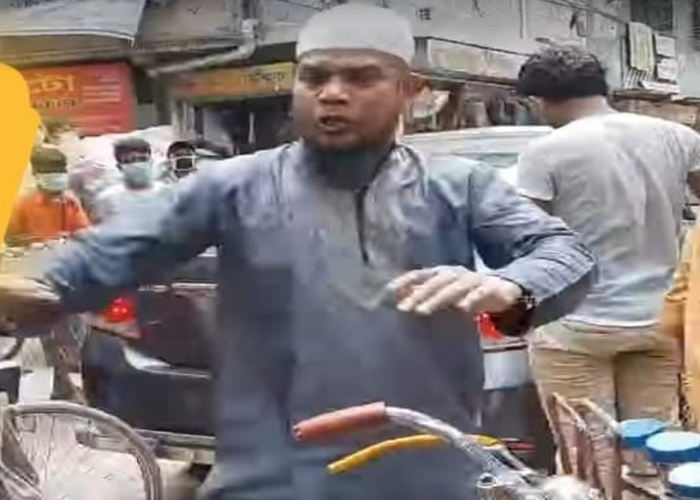 Police on Tuesday arrested an individual from the capital’s Bangshal area for torturing a rickshawpuller.

Accused Sultan Ahmed was arrested after a journalist sent the torture video link on social media to the Media and Public Relations wing of Bangladesh Police.

The video showed Sultan Ahmed slapping the rickshawpuller in Bangshal area at around 1:30 pm. At one point, the rickshaw puller fell on the ground and lost consciousness.

The Media and Public Relations wing ordered Bangshal OC Shaheen Fakir BPM to find the perpetrator and bring him under law immediately.

A team led by Bangshal OC found the accused and arrested him.

During interrogation, it was learned that Sultan Ahmed was a local landlord and an influential person in the area.