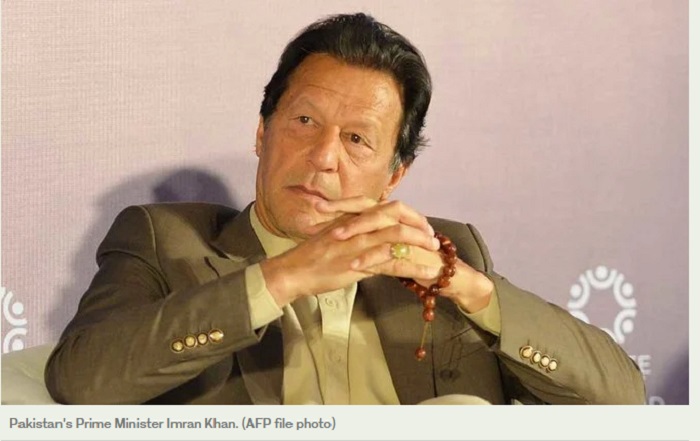 ISLAMABAD: Pakistani Prime Minister Imran Khan has suspended his country’s envoy to Saudi Arabia and ordered a probe into claims by expat laborers of mistreatment by embassy staff in Riyadh.

Sources confirmed to Arab News that the premier’s office had issued a letter initiating a formal inquiry into the workers’ complaints about their treatment by staff at the country’s embassy in the Saudi capital.

At the same time, outgoing Pakistani Ambassador to Saudi Arabia Raja Ali Ejaz was told to return home, along with six Riyadh embassy employees, pending the outcome of the investigation.

Syed Zulfikar Bukhari, an adviser to Khan, told media that the complaints had been made by a number of expat laborers over recent months.

The letter from the PM’s office, said: “The former ambassador to (the) KSA, Raja Ali Ejaz, has been suspended, while all staff who dealt with the public at the Pakistani Embassy and consulates in (the) KSA, (are) to be recalled and the process for their replacement initiated immediately by the concerned ministries.”

It added that Khan had setup a prime minister’s inspection commission to inquire into the matter and submit its report within 15 days.

The committee has been tasked with looking into “inefficiency” in the provision of services to overseas Pakistanis in Saudi Arabia, the “extorting and fleecing” of expatriate workers and overseas Pakistanis, and a failure to resolve problems of the Pakistani community.

Raoof Hassan, special assistant to Khan for information and broadcasting, said the letter echoed what the prime minister had said in a speech on Thursday.

“The prime minister has initiated an inquiry, and this has been initiated due to lack of services delivery to overseas Pakistanis.”

He added that Khan was “determined to clean the system and ensure smooth provision of services to all Pakistanis, including expatriates.”

Over the current fiscal year, Saudi Arabia has remained the largest contributor to workers’ remittances, sending in $690.4 million back to Pakistan in March. The overall inflow from the Kingdom during the year amounted to $5.7 billion, followed by the UAE with $4.5 billion. There are more than 2 million Pakistanis living in Saudi Arabia.

Speaking at an event in Islamabad, Khan said: “I say this with sorrow that our embassy should appreciate these hardworking people, who put their sweat and blood into their work, and I know that these poor people sometimes work 12 hours a day, do extra shifts, save money to send to their families.

“I set up a full-scale inquiry on this. I am opening an inquiry into the ambassador. I am recalling a lot of staff back to Pakistan. And when the inquiry’s results come, whoever is responsible, whoever mistreated our labor ... I will take action against all of them.

“Overseas Pakistanis have, over the years, kept our economy afloat.”

He noted that he had been in touch with overseas Pakistanis for the past 50 years, and since his cricketing days.

In a message to Pakistani embassies around the world, Khan said their “most important duty” was to look after the affairs of Pakistani laborers.