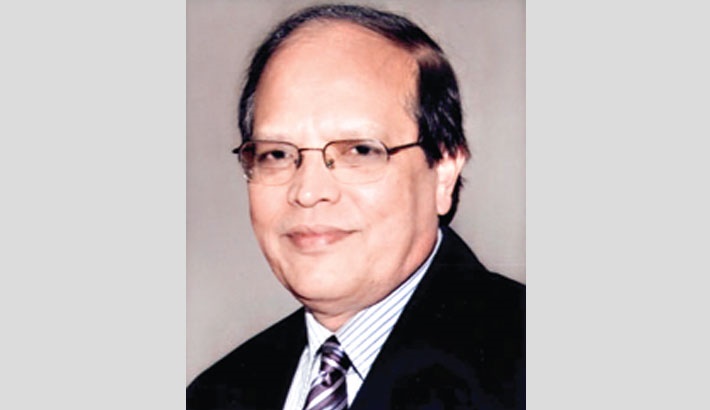 Education always remained a top priority in Bangabandhu’s political campaign. To him, it was a core human right. Moreover, he was aware of the importance of education as a tool to develop the appropriate human resources needed for true economic emancipation. His broader philosophy of linking education with emancipation is perhaps most vividly visible in his remarks at the first literary conference of Bangladesh held in 1974. There he said, “I am always saying that we need golden humans to build ‘Golden Bengal’. These golden humans will neither fall upon us from the skies nor will they grow out of the soil. Without getting rid of the curse that is illiteracy, without educating every person, we cannot build ‘Golden Bengal’.”

Of course, Bangabandhu got the opportunity to translate his thoughts on education into actions only after the liberation of Bangladesh. However, if you go through his speeches even as early as 1948 in Doulatpur, Narayanganj, Narshingdi and Gopalganj, you can feel how keen he was on upholding the right of his people to have quality education. This bias for mass education was ingrained in his mind.

Thus, we can see him finding out a new brand of education he was looking for in China while attending the World Peace Conference. Like Tagore’s appreciation of Russian education, Bangabandhu was also impressed by the education for life and livelihood provided to the children of New China (Sheikh Mujibur Rahman, ‘New China 1952’, Bangla Academy, 2020).

His conversations with the teachers and students of Chinese educational institutions, including technical and vocational ones, shed some light on his dream of universal education. He thought the children were the ‘most privileged class’ in China, as they were enjoying full rights of education, sports, and creative upliftment.

On 30 January 1953, during a political tour of the northern parts of the then East Pakistan (now Bangladesh), we find him saying “The government is not ensuring quality education for our children. And the teachers are not getting paid.”

He knew the Pakistani elites were not at all concerned about the quality of and access to education in the eastern province of Pakistan. Hence, he pushed hard to ensure this right for his people. No doubt, access to education for all was at the core of his political agenda.

Just before his China tour, Bangabandhu was released from jail. He was in prison primarily for his leading role in the historic language movement, where the Bengalees had to sacrifice lives to secure the status of Bangla as one of the official languages of Pakistan. He was also involved in the movement of the low-income employees for their improved pay and other facilities. Simultaneously he was organising young workers for the new opposition party which finally emerged in 1949 when he was still in jail. He read a lot about the new China when he was in jail. Hence, he made the best use of this visit to know more about the socio-economic transformation in this country in such a short period. He was particularly impressed that the Chinese students were getting to learn in their own language. He was also overwhelmed by witnessing the revolutionary Chinese government’s urge to ensure education for all. He also perhaps thought of leading such a campaign in his own country, if luck permitted. And that golden opportunity finally came when he started rebuilding independent Bangladesh.

Bangabandhu’s thoughts on education were not only timely and pro-people but also far-sighted. Education experts and activists today are demanding at least 5 per cent of the GDP for the education sector but Bangabandhu understood it many years ago. He thought that allocation to this sector was an investment for nation-building and committed to increasing such allocations significantly back in 1970. On 28 October 1970, before the historic national elections under the Yahya regime of Pakistan, Bangabandhu told the nation that “To build a just society, there is no better investment than investment in education… We must allocate at least 4 per cent of the national production to this sector. Salaries of school and college teachers and especially the teachers at the primary schools need to be increased significantly… We must ensure that poverty does not come as a barrier to higher education for the meritorious students.” This clearly depicts that not only was Bangabandhu conscious about the challenges of the education sector but was also capable of chalking out the ways forward. And when he finally had the opportunity to lead a nationwide campaign to restructure the education system of Bangladesh, Bangabandhu was just on target. Indeed, he had all the homework done on how to reform education for nation-building.

Of course, the first step of Bangabandhu for the development of the education sector was to incorporate the agenda of educational restructuring in the fundamental principles of the constitution of Bangladesh. Prioritising ‘education for all’, the constitution in article 17 mentioned that “The State shall adopt effective measures for the purpose of – (a) establishing a uniform, mass-oriented and universal system of education and extending free and compulsory education to all children to such stage as may be determined by law; (b) relating education to the needs of society and producing properly trained and motivated citizens to serve those needs; (c) removing illiteracy within such time as may be determined by law.” As evident here, Bangabandhu’s constitution went beyond acknowledging the universal right to free and quality education. He also pledged to set the national goal of eradicating illiteracy within a reasonable time. This clearly indicates his commitment to the education sector development amid other reconstruction priorities of the post-liberation period. It was very clear in his mind that basic education was the highway to civilisation.

While the constitution set the national commitment to education, Bangabandhu formed an education commission, with eminent academic and scientist Dr. Qudrat-i-Khuda as its chief, aiming to formulate a road map for the development of the education sector. In May 1974, the government accepted the commission’s interim report, where it provided clear directives to build a pro-people education system reflecting the visions of Bangabandhu. The commission report recommended ensuring Bengali as the medium of instruction for education at all levels.

The objectives of the education sector of the newly independent country were as below:

02)          Instil leadership, character and respect for physical labour among the learners.

03)          Prioritise science and technology education and education for women; and

04)          Establish a higher education system that will train wise and compassionate citizens who in turn will work to create equal opportunities for all.

The Education Commission Report which was prepared in deep consultation with Bangabandhu was, indeed, a well-formulated document outlining the future of pro-people education in Bangladesh. It carefully emphasised on decentralisation of education in the country along with the provision of adequate human resources to do so. It also put forward new and timely ideas regarding pre-primary education, semi-formal education, revision of evaluation methods etc. Its emphasis on the need of creating equal learning opportunities for all including the underprivileged groups was certainly path-breaking considering the time when the country was gasping for more resources for survival.

Surely, the Qudrat-i-Khuda Commission report provided a road map to realise Bangabandhu’s educational philosophy in the newly independent Bangladesh. He got the main recommendations of the Commission earlier, which he shared with the planners who were preparing the first five-year plan. No doubt, the plan aptly incorporated the targets on various sub-sectors of education. While the commission report provided the overarching objectives, the first five-year plan of Bangabandhu broke down those objectives into macro-targets with measurable indicators of progress. For example, within the duration of the first five-year plan, Bangabandhu’s government aimed to enrol 2.6 million students at the primary level by increasing the boys’ enrolment from 76 to 90 per cent and increasing the girls’ enrolment from 40 to 55 per cent. For the secondary level, the target was set to increase enrolment to 56 per cent and, thus, enrol a total of 1 million students. The five-year plan also had a set target of establishing one hundred more degree colleges and increasing the number of primary and secondary school teachers by 5 per cent. It also aimed to increase the number of students in the existing universities and to establish new universities. To better coordinate higher education, Bangabandhu established the University Grants Commission. Within the envelope of the first five-year plan, he also envisaged to increase enrolment in science and technology by 13 per cent per year and implement projects to establish technical education institutions. Bangabandhu was always aware of the significance of agricultural development and, hence, his education programme also duly prioritised agriculture. This is reflected in his initiative to encourage learners to enroll in agriculture education by paving the way for agriculture graduates to become first-class public service cadres. In addition, he established several agricultural research institutions including BARI, BRRI, BARC etc. He also emphasised the need for distance education in the plan.

To realise the constitutional commitments for pro-people and modern education, he established a long-term road map, based on the report of the education commission. And to implement the policies suggested in the roadmap Bangabandhu came up with specific targets and directives for the development of the education sector in the first five-year plan. This implies that Bangabandhu was passionate about ensuring education for all and at the same time, he had the prudence to come up with the right directions to translate his education thoughts into actions. Indeed, we are still reaping the benefits of Bangabandhu’s prudent education policies, particularly his early investment in primary education by nationalising the primary schools spread out in every nook and corner of the country. Enhanced access to education in Bangladesh has been working in favour of the country’s overall socio-economic progress, especially over the last 12 years under the prudent leadership of Bangabandhu’s daughter, our honourable Prime Minister Sheikh Hasina. She too has been investing in human resource development and encouraging greater access to education, particularly among girls. This has been playing a significant role in enhancing nearly 40 per cent of the women engaged in the formal sector. And the number of women entrepreneurs has been increasing by leaps and bounds with the advent of new digital technology and greater financial inclusion.

The writer is the Bangabandhu Chair Professor of Dhaka University and former Governor of Bangladesh Bank. He can be reached at [email protected]