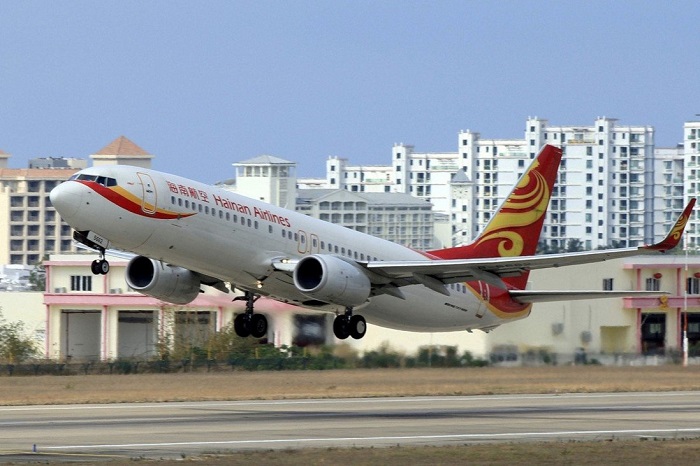 Hit by the outbreak of Covid-19 and provisions for asset losses linked to a restructuring at its parent firm, the Haikou-based carrier reported a loss of 64 billion yuan (US$9.9 billion) for 2020, or 3.83 yuan per share, it said in an exchange statement on Friday. And the airline continues to be unprofitable this year too – it reported a first-quarter loss of 2.6 billion yuan in a separate filing.

While the epidemic has paralysed the aviation industry by deterring travellers and grounding flights, HNA’s business restructuring has also added to Hainan Airlines’ financial woes. The listed unit made provisions estimated at 30 billion yuan for deposits placed with its parent company, account receivables with affiliated parties and financial guarantees, according to its annual report. It also incurred investment losses totalling about 22 billion yuan from asset classes ranging from trust products and equities to properties.

Hainan Airlines was the foundation on which magnate Chen Feng built his conglomerate, which spanned hotels to financial institutions. With money earned by the carrier and bank loans, Chen splurged on overseas acquisitions, buying up stakes in the likes of Hilton Hotels and Resorts, Deutsche Bank and Ingram Micro. The binge grounded to a halt in 2017, when Beijing started to crack down on purchases of overseas assets in a deleveraging campaign aimed at defusing financial risks.

The conglomerate, which was carrying combined debt of 707 billion yuan as of the end of June 2019, has been undergoing a government-led revamp over the past year. Chen has been removed from the Communist Party committee overseeing the company, a move widely seen as him losing control over HNA.

Hainan Airlines’ revenue dropped 59 per cent from a year earlier, with sales from its aviation operations slumping by 62 per cent, according to its annual results. While its passenger load fell by 55 per cent, its cargo flights declined by 47 per cent.

Shares of the carrier rose 3.1 per cent to 1.67 yuan in Shanghai on Friday. The daily trading band for the stock is restricted to 5 per cent by the exchange, as opposed to the 10 per cent band for other companies, because of the financial risk attached to it. The airline has lost 75 per cent of its market value from a record high in 2015.

The record for annual losses was previously held by Qinghai Salt Lake Industry, which reported a loss of 45.9 billion yuan for 2019.